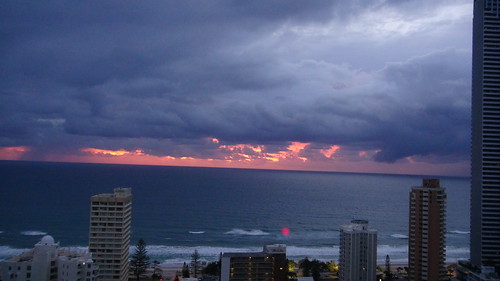 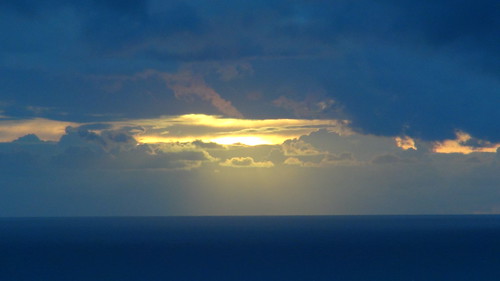 A lovely start to the day. Watched the sun come up (though the clouds) as I edited a vlog. Eventually I made some French Toast for breakfast…. 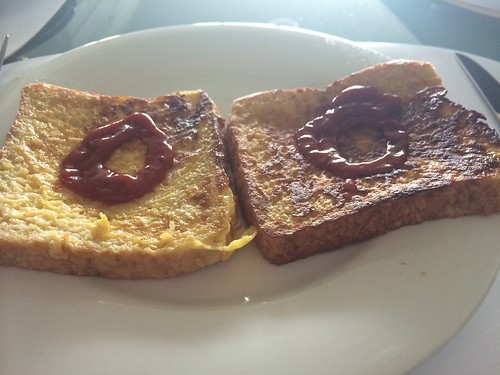 and we headed out to Sea World, arriving shortly after opening.. 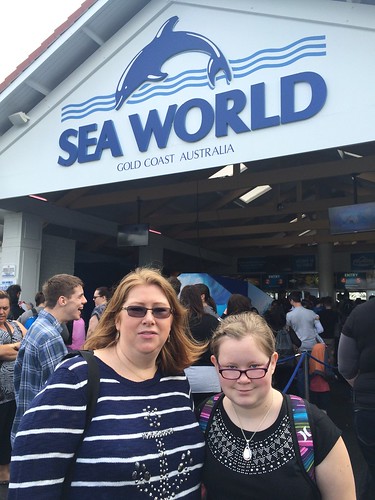 First up the gondolas. 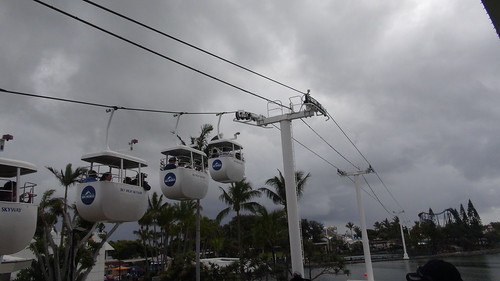 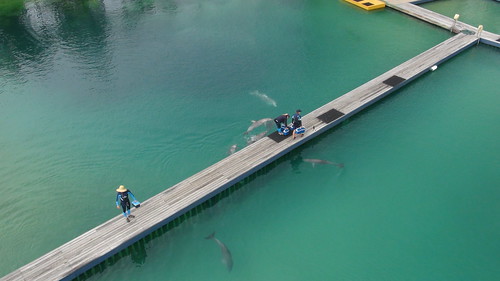 We could see the grey clouds rolling in, and unfortunately they arrived while we were still on the ride. 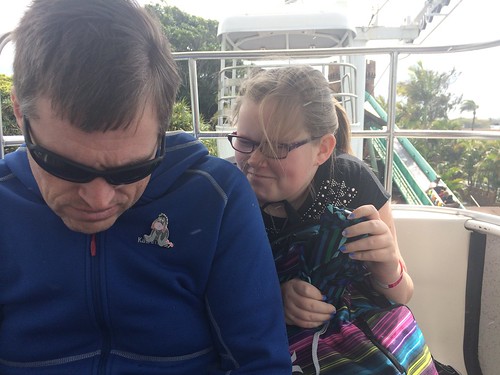 Luckily the downpour didn’t last too long and by the time we were seated for the Imagine dolphin show, it was sunny again. 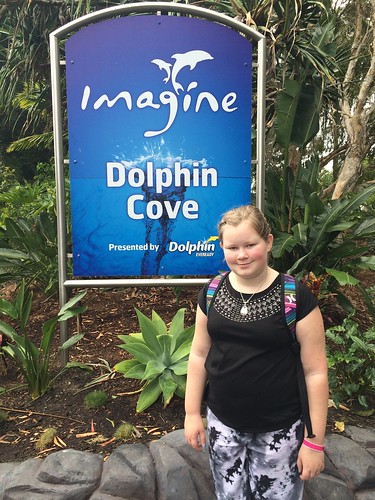 While we waited I enjoyed some cold popcorn and Kevin & Christy didn’t enjoy their cold churros. 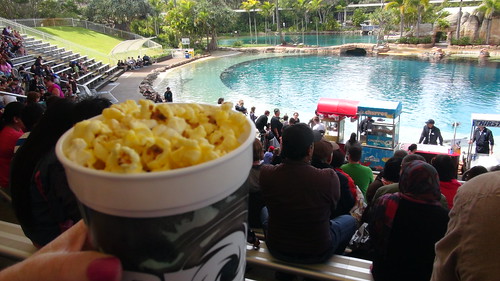 As always the dolphins were amazing. 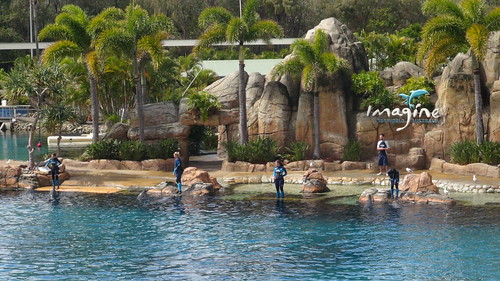 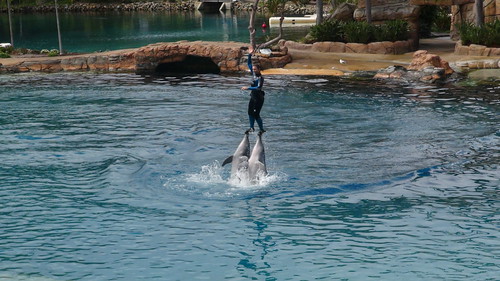 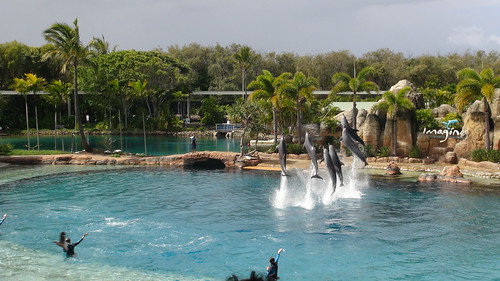 After the show Christy was booked for a dolphin pat. 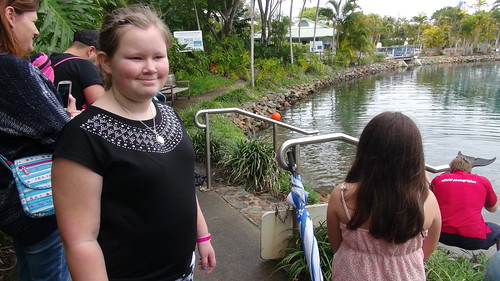 She got to pat Squeak and really enjoyed the experience. 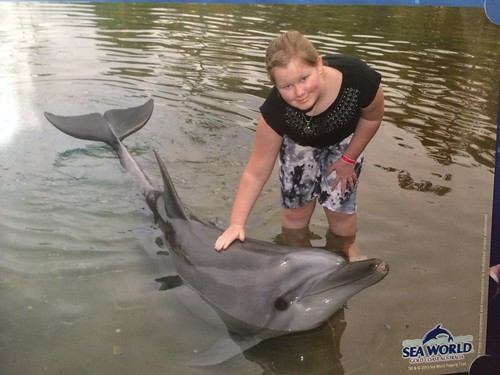 Then it was time for some rides. 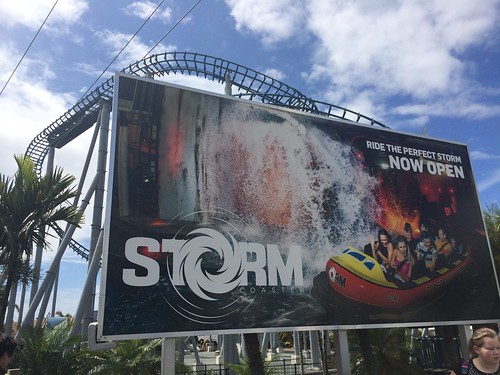 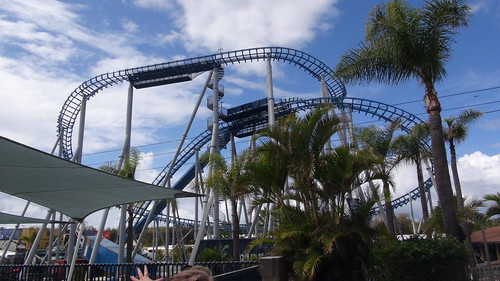 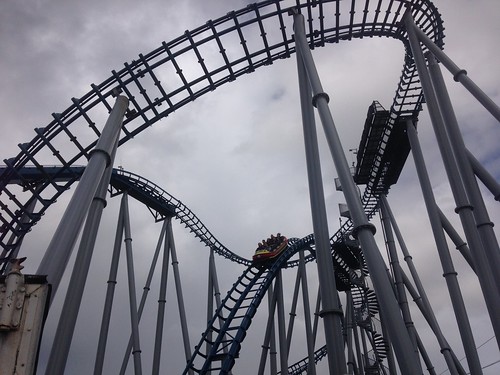 We then went on the Viking log ride – which did seem pretty tame after Disney’s Splash Mountain. 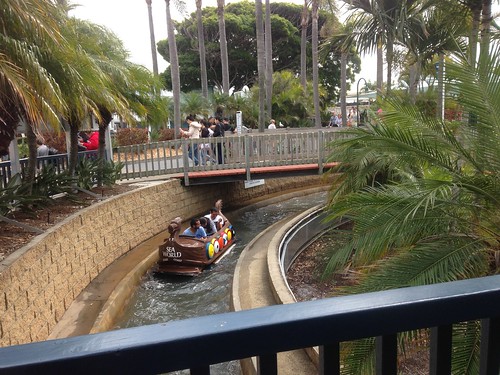 Time for some lunch. There weren’t many veggie choices so I got a sandwich, which unfortunately wasn’t very nice so I only ate half. Then had some of Kevin’s hot chips. 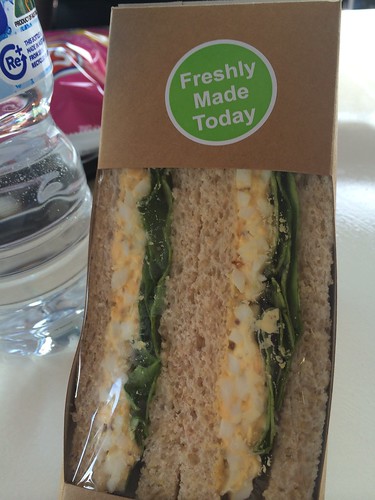 By now the rain had returned and gone again but we were all suffering with sore feet so decided to call it a day. We tried to take the traditional walrus bench photo but he wasn’t there. So sad. Can’t understand why they would remove it. 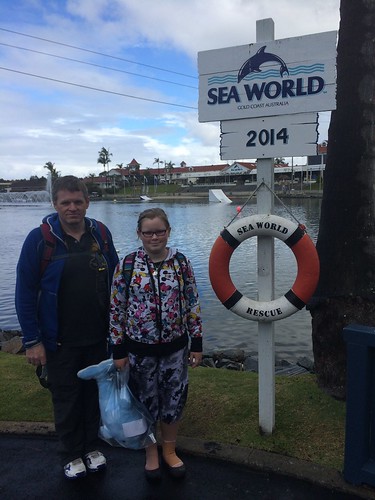 On the way we stopped to see the Pelicans. Thought this one was so cute! 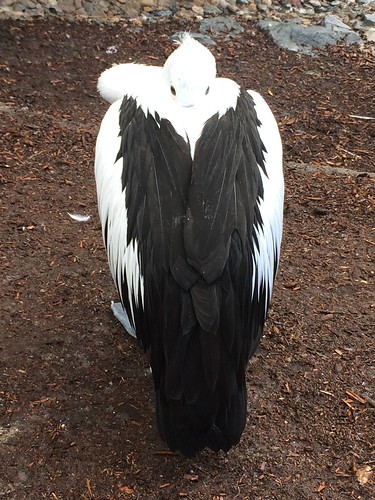 We then drove back to our apartment. I put my feet up and worked on a blog post, Christy did some homework for school and Kevin had a nap and watched a movie. Around 5pm Christy and I headed over to the indoor pool. It was cool out so I wasn’t keen but thought I’d be a good Mum. 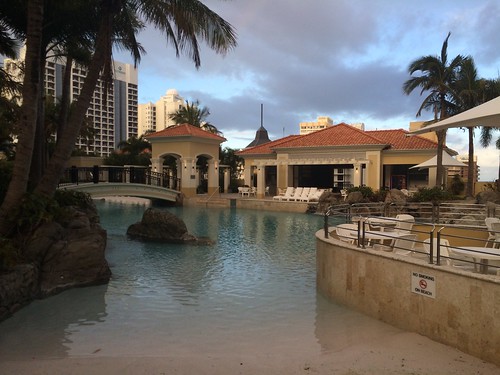 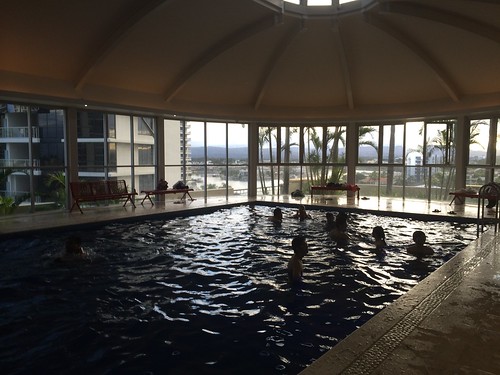 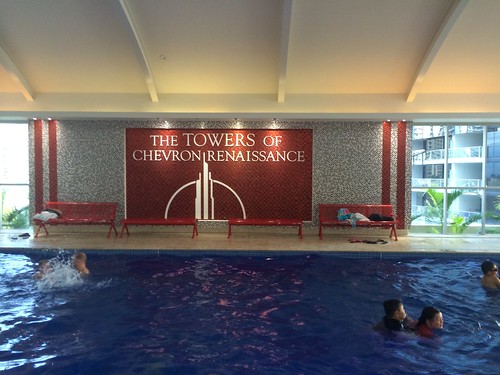 We went in the sauna, then the pool. The spa was a little too crowded. While the pool was quite nice, I got cool quite quickly. 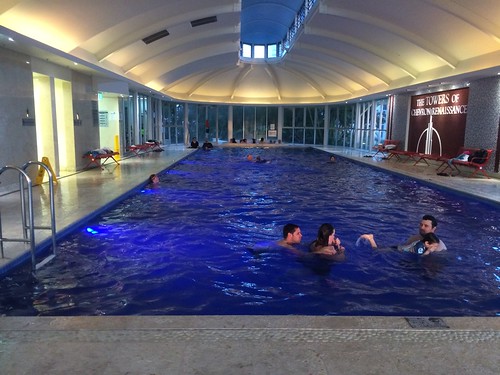 The reward however we getting to enjoy the sunset from the pool. 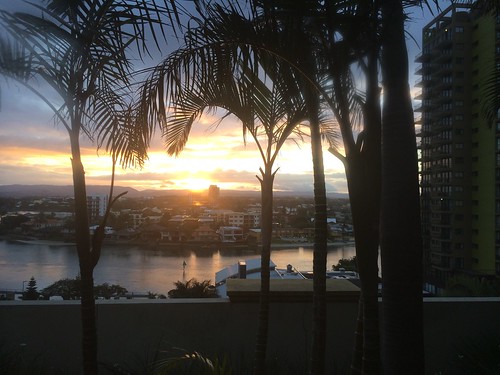 Dinner was taco bowls with some TV. We also got to enjoy the moon. 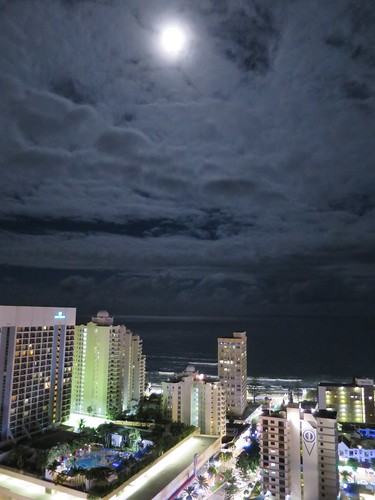