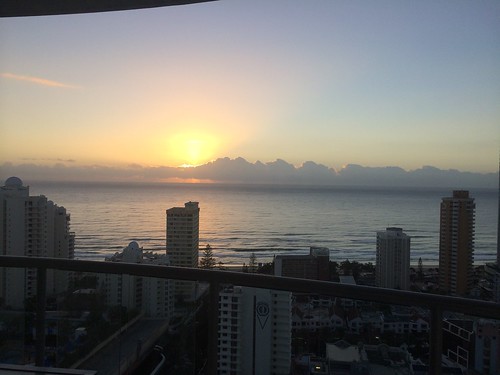 Another gorgeous sunrise. Christy and I went down to Coles and picked up some groceries. I then had some breakfast while putting together some lunch for the water park. 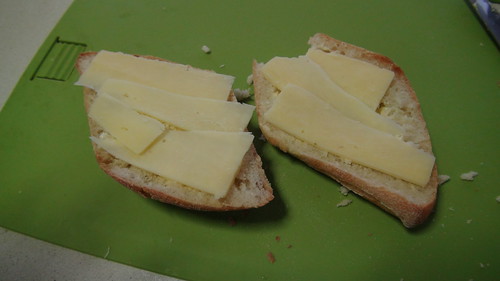 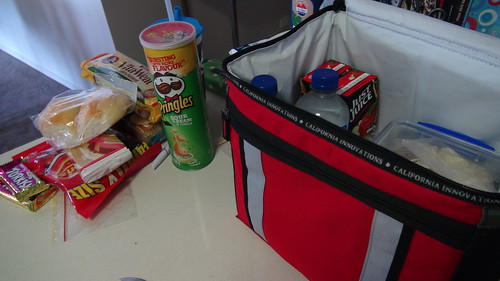 Around 10am we were finally ready to head off…. 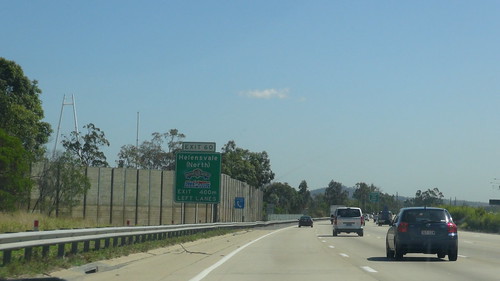 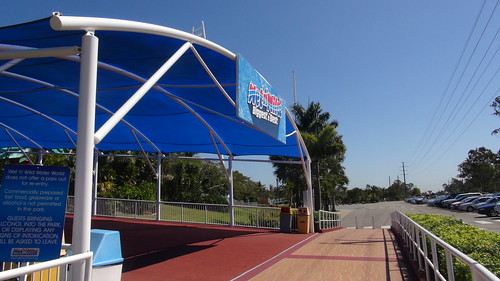 I didn’t have an underwater camera (due to me forgetting a camera changer that Athena is bringing up tomorrow) so there aren’t that many photos. 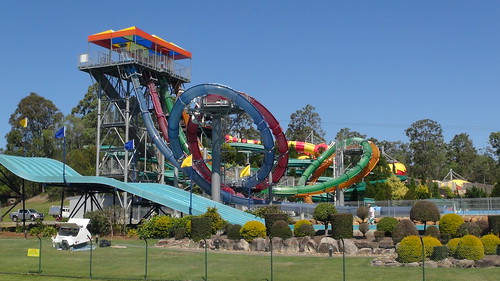 Unfortunately much of the park was closed, including the area were we usually sit, so after walking around for a bit trying to find somewhere, Kevin suggested we rent on of the private cabanas. I’d actually been thinking about it earlier so I said yes, I’m pretty sure Kevin was rather shocked (as I normally would say no).  Today having some nice padded lounge chairs seemed very appealing. I didn’t get a good photo of the cabana, but you get the idea. There was also a locker which was great, and you got 4 meal vochures (remember I had made lunch earlier!!). 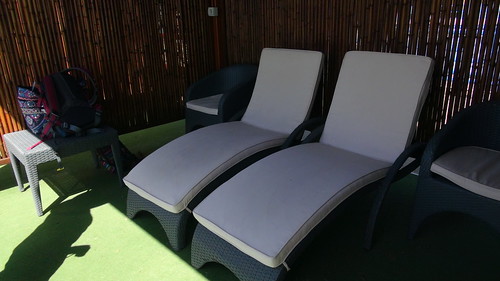 Kevin & Christy did a couple of slides (from the ones that were open). Unfortunately I didn’t think my lungs could handle walking up a lot of stairs, but I did manage the lazy river :-).

We returned back to the cabana I lay in the sun for a bit while Christy and Kevin went in the wave pool. 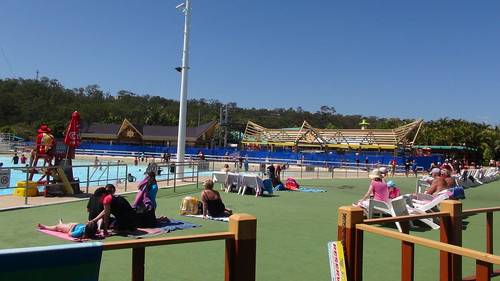 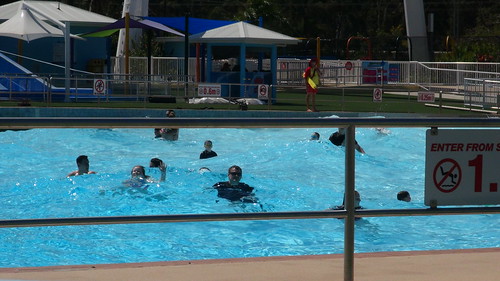 It was a nice warm day but the water was a little chilly. 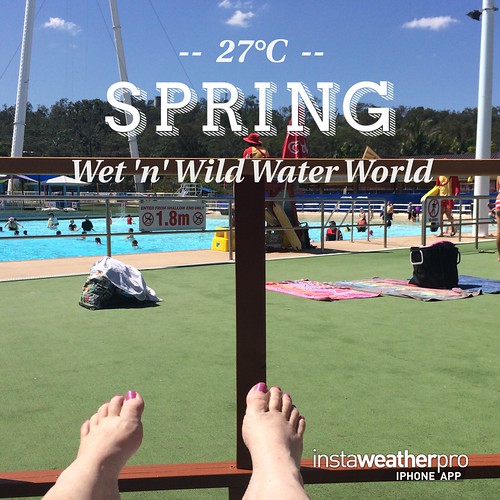 Not sure what the life guards were planning, but I thought they looked funny all standing there (when there was usually just one). 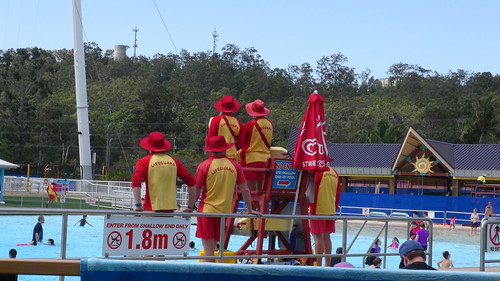 After soaking up some rays I went over with Christy to watch her do some slides. 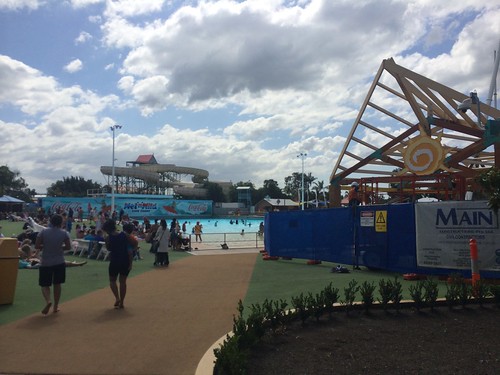 She chose not to do this one… 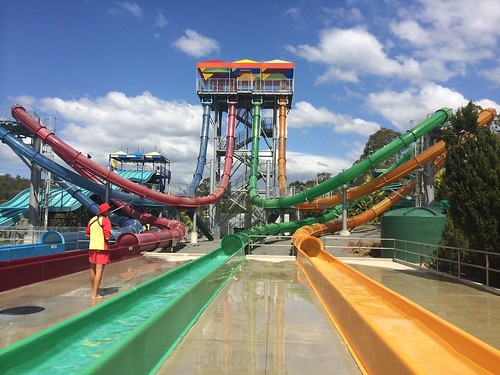 but did do this green one. 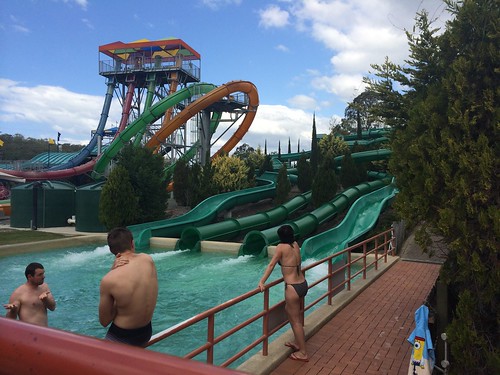 It was a long wait, so she only did it once, and went back to the cabana. 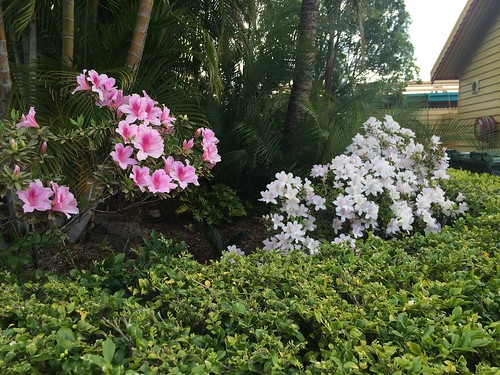 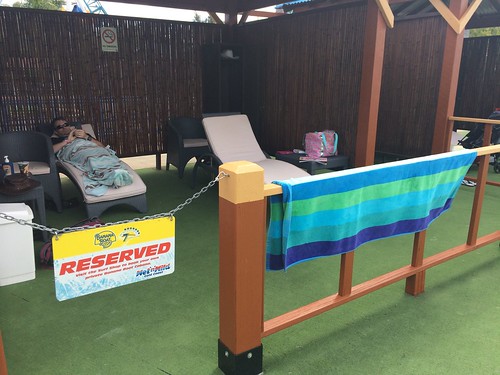 Kevin had one of the burger meals for his lunch but I was really looking forward to the salad I had made so I had that. 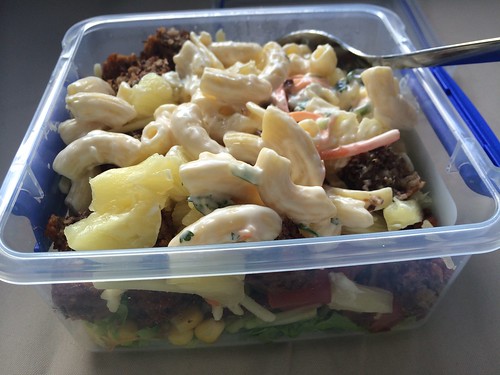 and then read through some magazines. 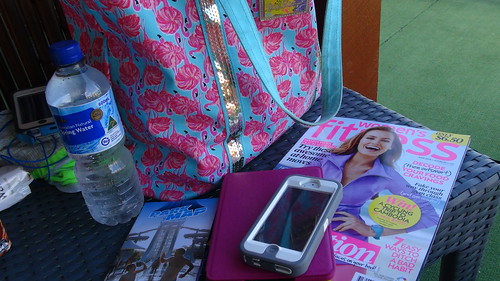 Christy swam in the wave pool some more. Eventually we were all so very relaxed but getting cold, so decided to pack up and head home. On the way we collected our 3 remaining meals (Kevin had one for dinner, and Athena one for the breakfast the next day). The drinks we had on the way home and the muffins were packed up for tomorrow. 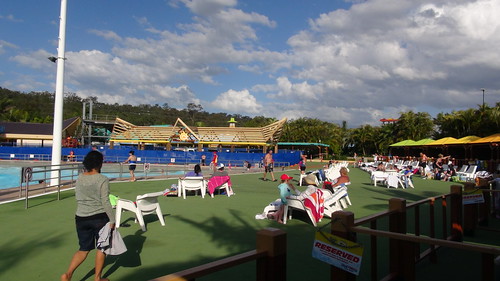 While we all had a nice day, it was a shame so many slides and places were closed in the park. If we’d had younger kids we would have been devastated to find the kids area closed as that was where they played almost all day.

Back to Surfers we drove… 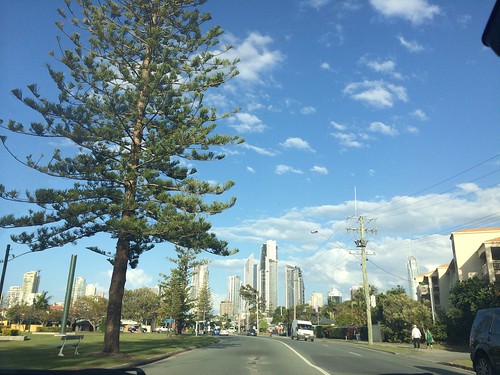 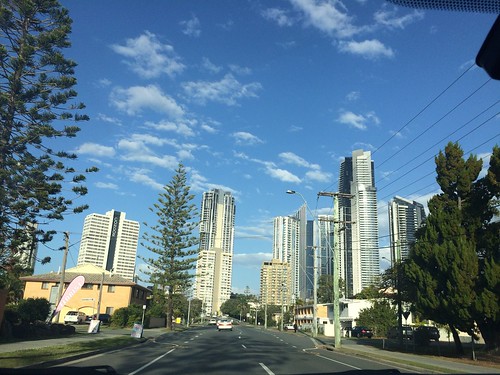 And it was actually warm enough for me to enjoy an afternoon snack on the verandah. 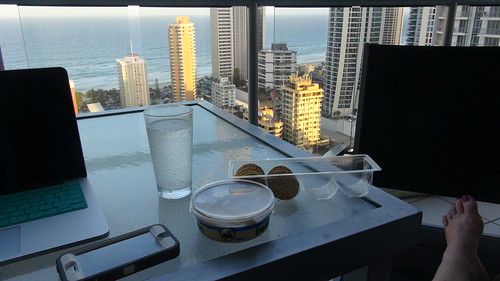 As I said before Kevin had one of the lunch rolls for dinner, so I cooked myself some pasta. 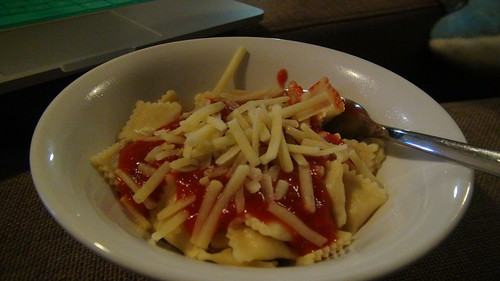 Around 7.45pm Kevin left to go and pick up Athena from Coolangatta airport. She rang when she arrived to ask where we were. Kevin wasn’t there yet but when I checked on find my friends I saw he wasn’t far away. 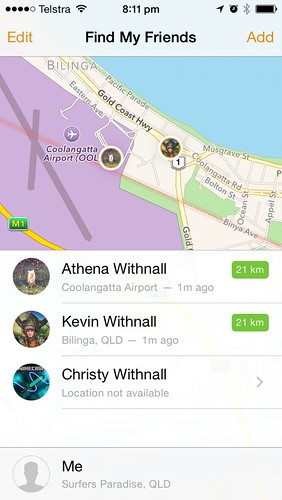 They arrived back at the apartment some 40mins later and it was great to hear all that Athena had been up to during the last few days. She seemed to really enjoy her independence and did great at looking after herself.