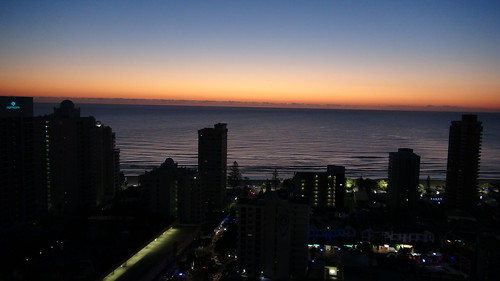 I am going to miss this SOOOO much. 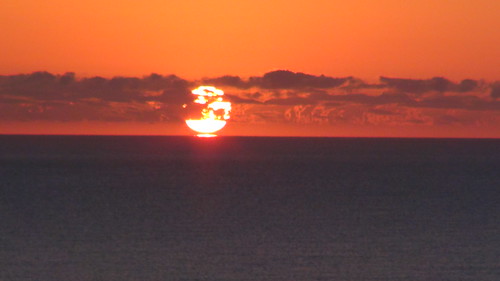 After editing yesterdays blog post, I did some more packing, then shared Christy’s unwanted pizza from last night with Athena for breakfast…. 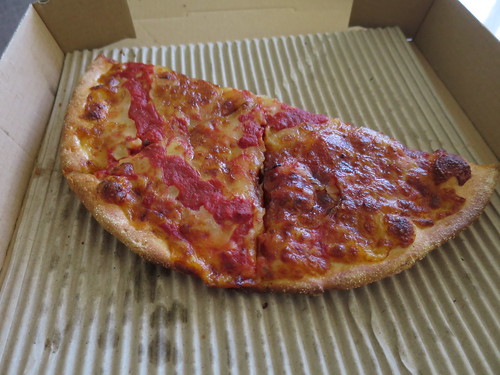 Along with my last Green Tea Frapaccino… 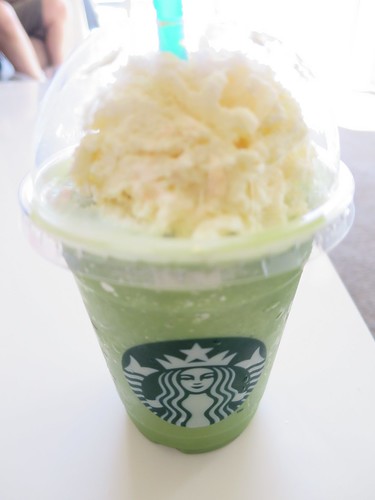 Almost packed. Poor Kevin had a terrible time fitting everything in the car and top box. In fact he had to lie on top of the top box to get it closed :-). We do have quite a few bags of food and drinks which won’t have on the journey home. So hopefully with that and some better packing we’ll fit everything. 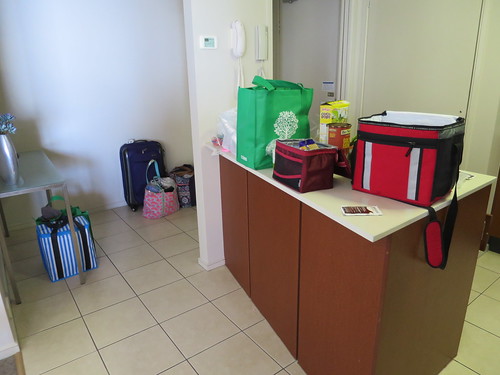 We left just after 9.30am and headed back to Movieworld as the girls wanted to reride some of the rides. 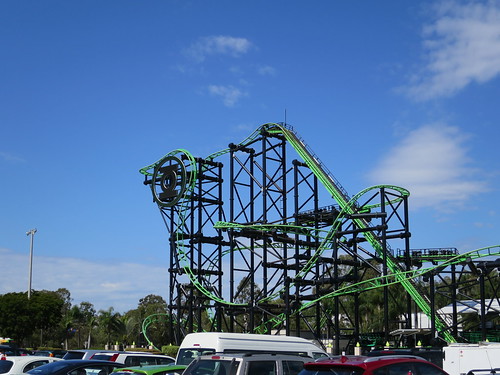 While they went on the Green Lantern, Kevin got himself a superhero selfie :-). Athena has created a selfie monster!! 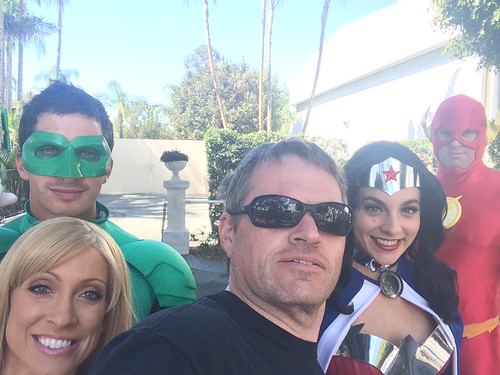 We then rode Justice League again. 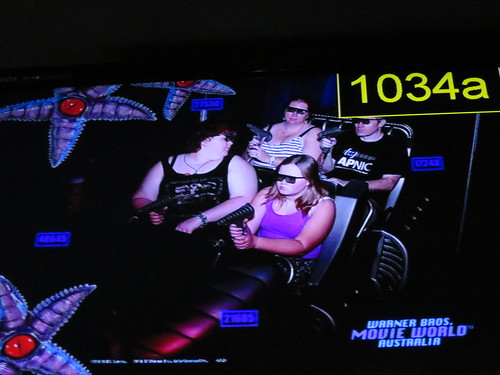 And I had fun taking some photos while the girls rode Arkhym Asylum. Christy wanted to ride Superman but the lines were really long. The park was a lot busier today – no idea why. 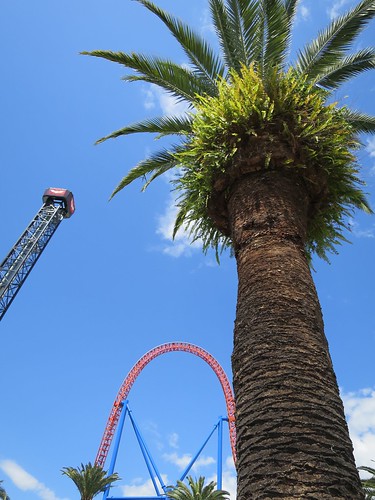 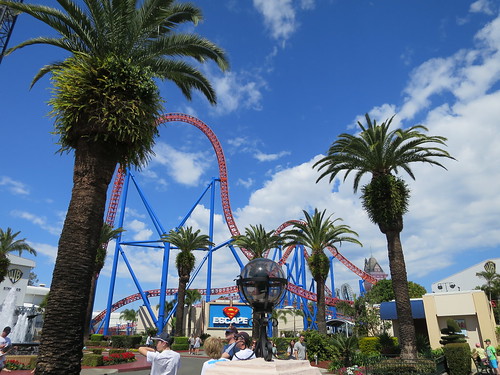 We rode Scooby and had a very odd encounter. As we were entering the guy working at the entrance, Scott, said he recognised us from my videos on youtube. He  said he enjoyed seeing my breakfasts and that he’s going to try a  green tea frapaccino. Such a strange and surreal experience to be recognised, but it was very fun as well. The girls were rather thrilled I think.  Such a nice guy but he couldn’t be on camera due to being in his work uniform.

We rode once (I always forget this is a dark ride) and then Christy rode again, even with a wait of over 30mins. While waiting for her we hung out with this ibis. 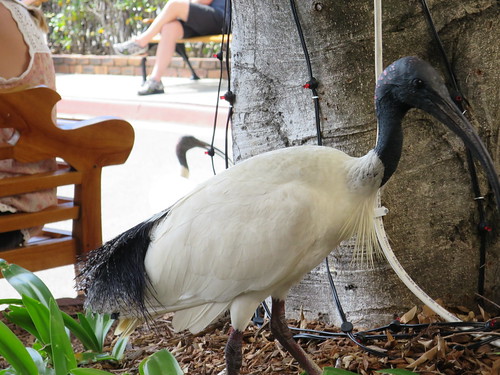 Shortly after 12pm we left and set off for Noosa. Stopping just past Brisbane for some lunch. 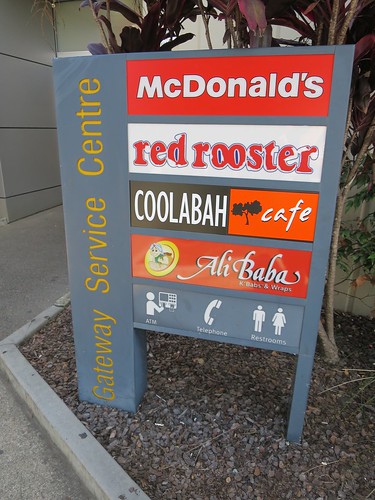 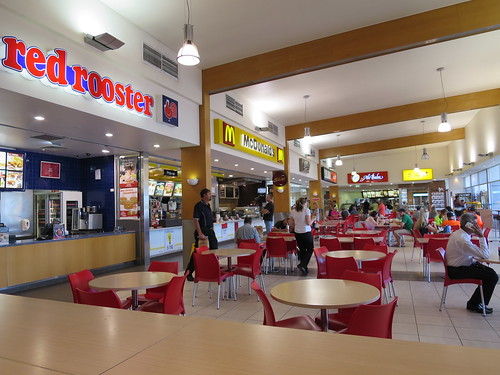 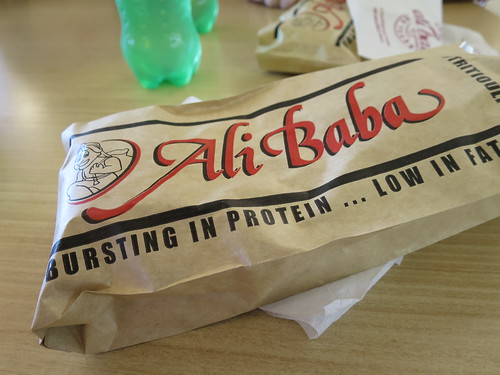 I had a very yummy falafel and hummus wrap. 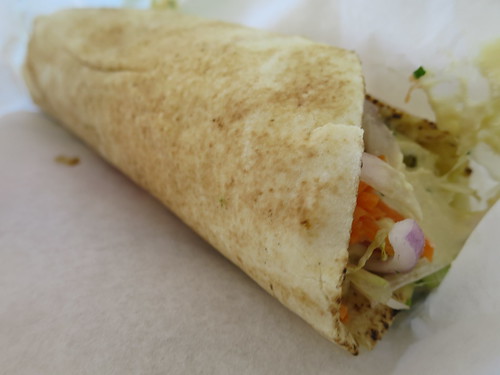 Back on the road I think I fell asleep for about 30mins, waking up in time to enjoy the drive into the Sunshine Coast. 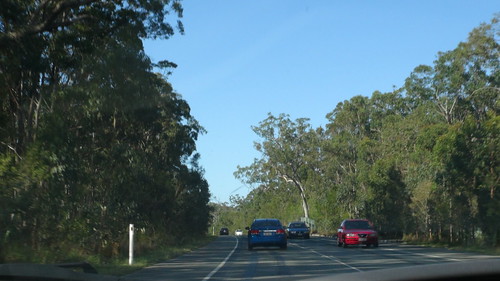 Finally we arrived at Noosaville and our resort. 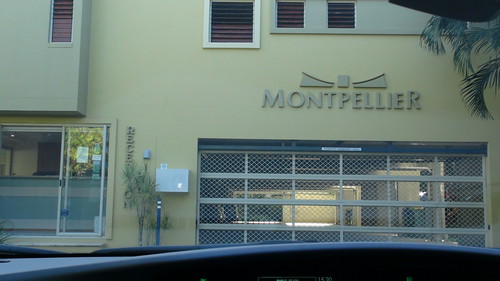 Our apartment is very nice. Only downside is we’re on the 2nd floor with no lifts (and I still have trouble climbing stairs/going uphill) and the promised free wifi is pretty much non-existant. Thankfully Kevin is allowing me to use the more expensive holiday internet to upload videos and blog posts.

The really cool part of the place is that the front door opens onto the verandah. True indoor/outdoor living. 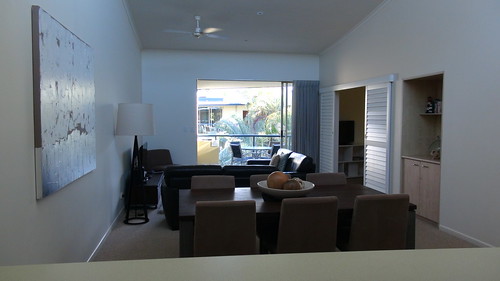 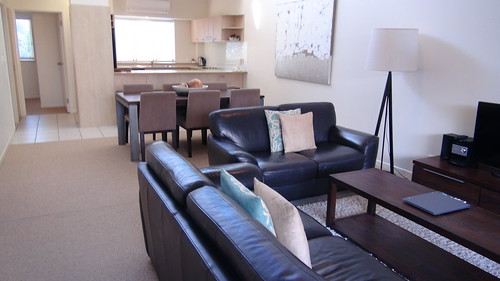 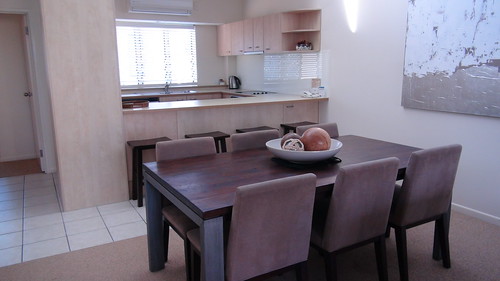 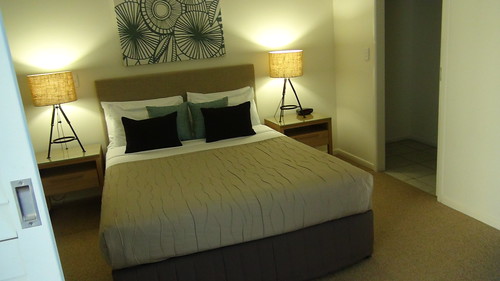 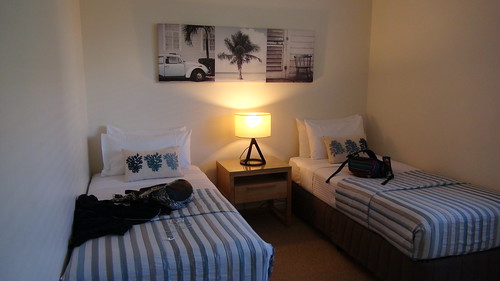 And the view from the verandah.. 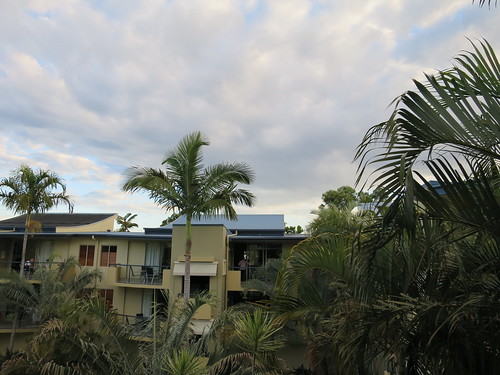 We got unpacked and settled and Kevin & I went in search of groceries. We found a Woolworth, got supplies and headed home. 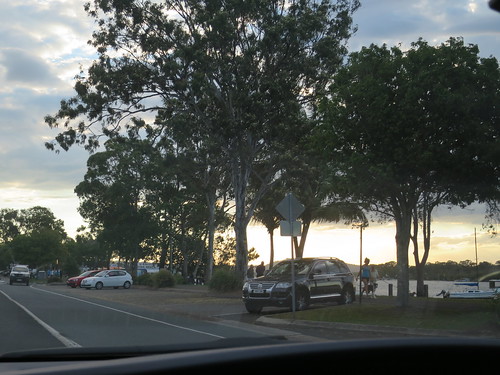 Christy went down and had a swim, while Kevin & I cooked  tonights dinner steak and veggie sandwiches. 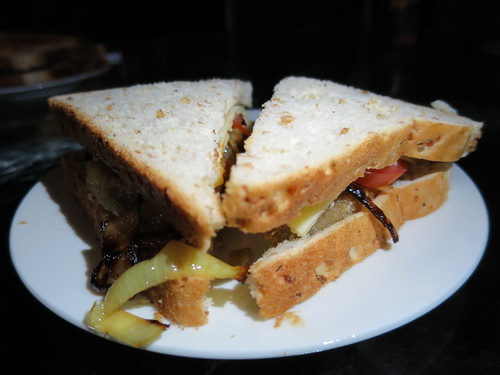