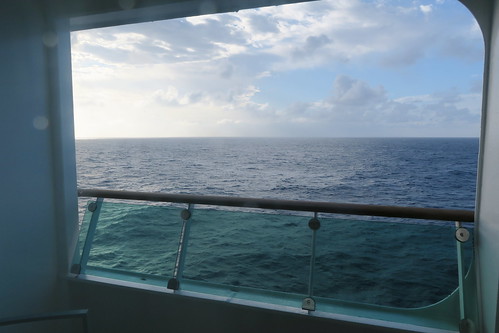 Didn’t quite make the sunrise but I was up in time to see the sun rise above the clouds :-). 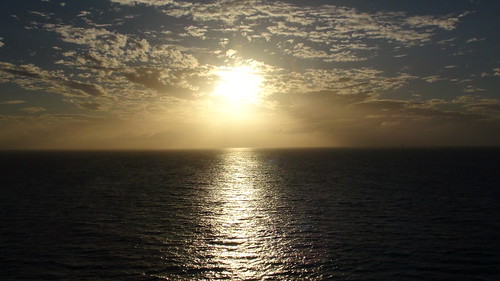 Since was a sea day we decided to have breakfast in the dining room. We were seated in a different area this time and got a great view of the chandelier. 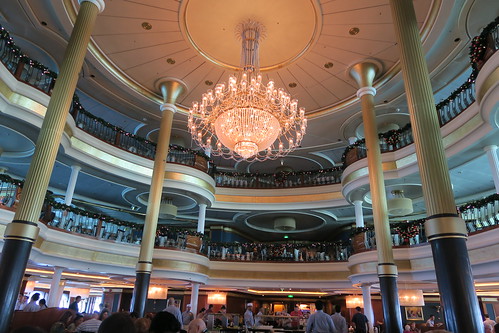 I had a mushroom and cheese omelet, which was delicious. We were seated with other people and Nan & Pop got to enjoy chatting with them.  It was good for them to experience another side of cruising that we often enjoy. 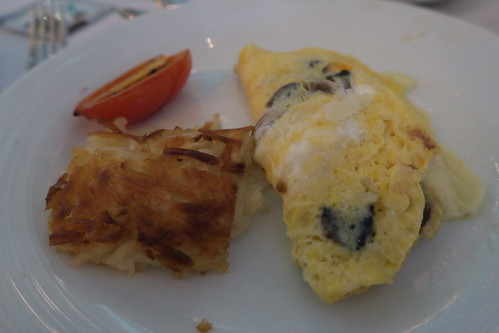 On the way out we spotted the Royal Caribbean logo (crown and anchor) made out of flowers. 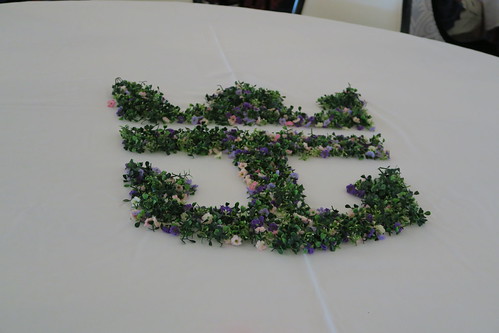 After breakfast we wandered through the shops (again). 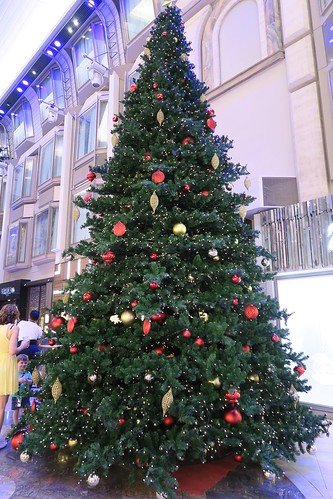 Lunch today was at the specialty restaurant – Izumi. 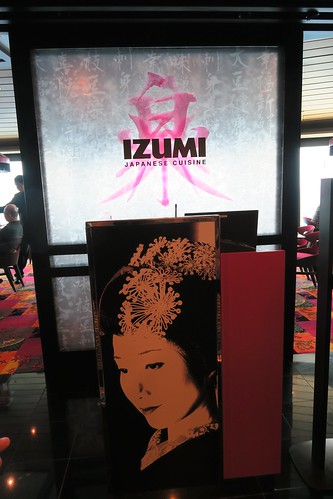 The decor is lovely and it’s position on Deck 14 means a nice ocean view but it’s also a bit more rocky. 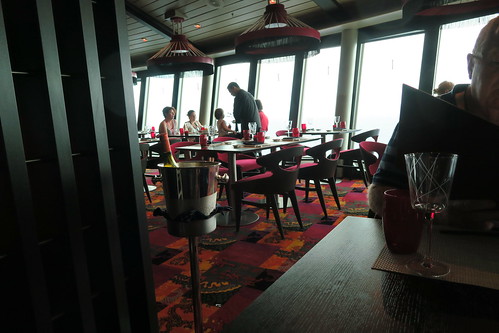 There was edamame to start. 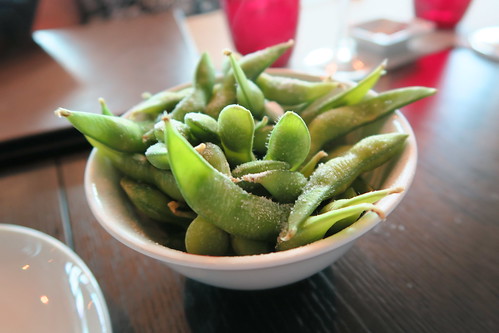 Kevin, Athena & Pop shared the hot stone plate – where you cook the food yourself – and some sushi. 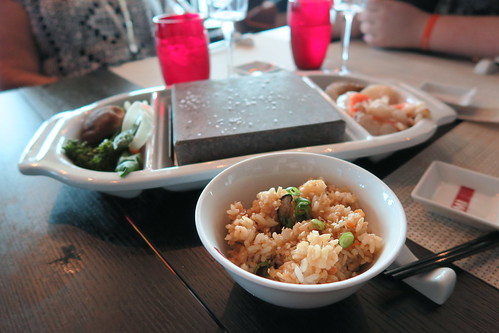 I had some vegetarian sushi – it was nice but I’m that keen on seaweed. I had a few pieces and polished off the fried rice that came with the hot stone plate. 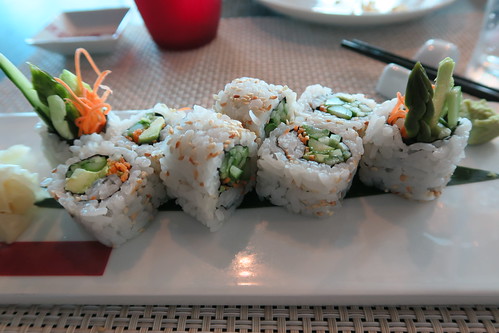 Thankfully there was plenty of room for the dessert sampler – which was SOOO yummy. My fav was the ice cream and mango mouse. 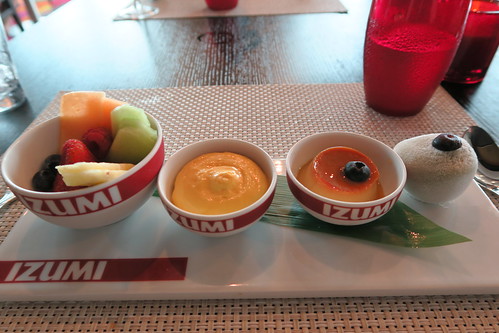 After lunch it was back to the room for quiet time. Some people (ie Kevin & Athena) had a nap while I played on my laptop. Then shortly before 5pm we headed down to Studio B for the ice skating show. 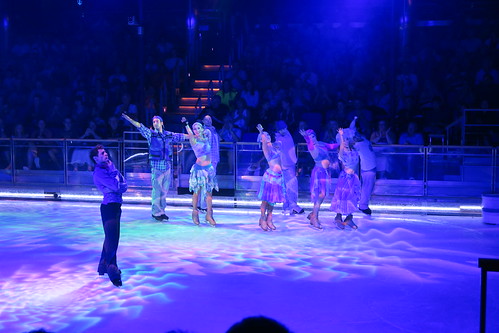 It was a different show to what we’d seen on Freedom of the Seas but it was just as good. Quite a few jumps were missed  as it was a little rocky. 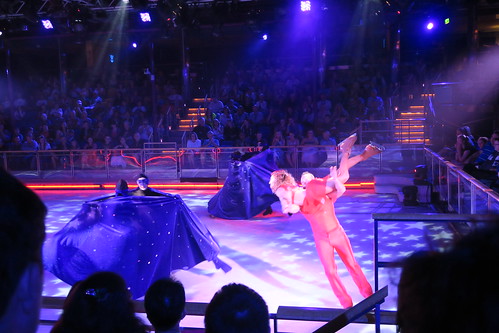 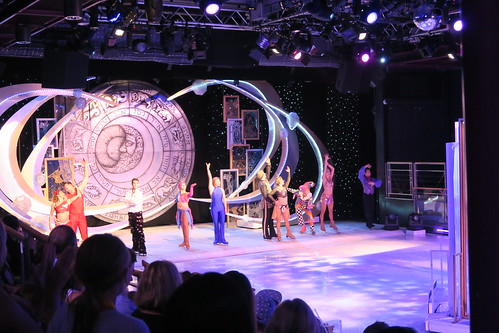 From here we headed straight to the theatre for tonights shows. Which was just fabulous. 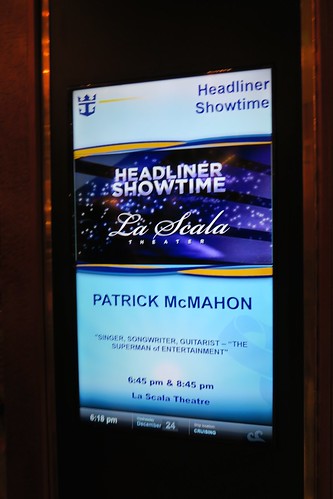 He sang a lot of older songs, including those by Neil Diamond, who I love. 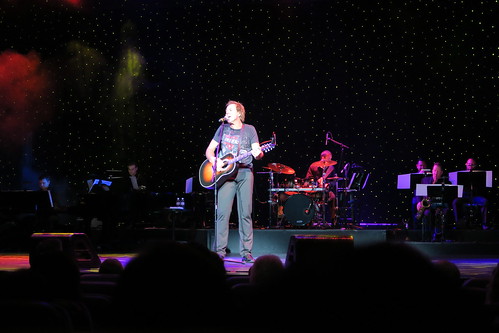 As you can see our Cruise director was getting into the Christmas spirit. 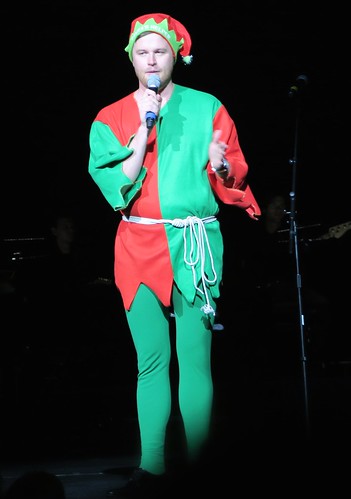 After show we browsed the shops again before heading to dinner. Tonight we ALL had mozerella sticks for an entree/appetiser. 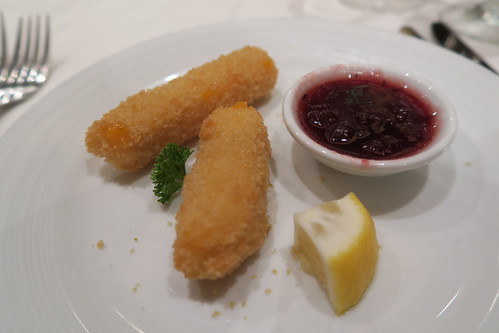 Then I had potato pie, which was very similar to last nights tart :-). 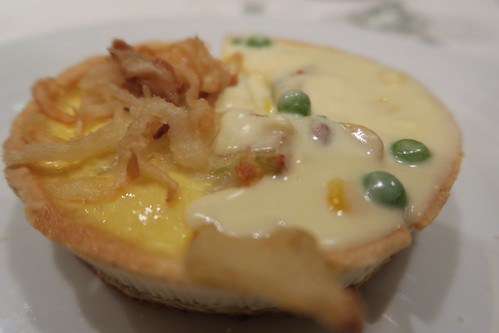 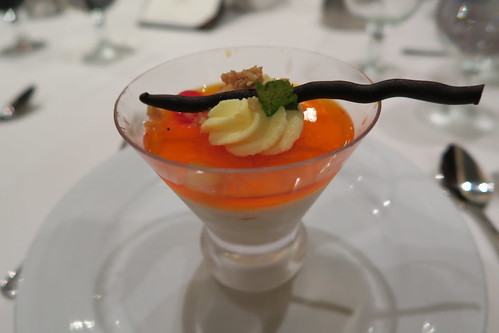 Of course after dinner it was back to our room and off to sleep.