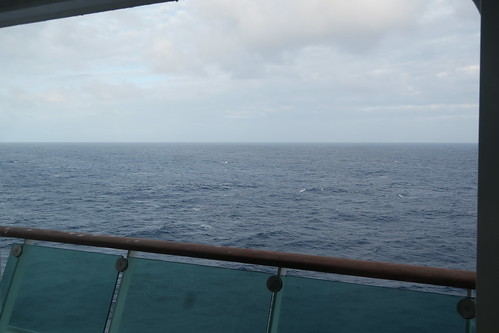 Woke up at 8am today!!! But with two hours time difference it was really 6am anyway :-). Felt pretty tired – but it’s more likely to be the Fibro I think. We rang Athena at 8.30am and waited for my parents, who rang shortly after to say they had just woken up. So we decided to go up to breakfast without them. There was NO-ONE around the ship – odd for 9am – I guess everyone was still recovering from Christmas Day (Athena said there were a lot of people around late last night/early this morning). We ate at Windjammers (I had the usual breakfast potatoes, fried egg and a bread roll)… 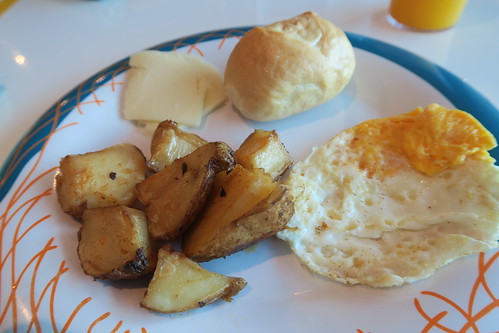 then we headed to trivia. No problem getting a table this morning (though they had all filled up by the time it started). 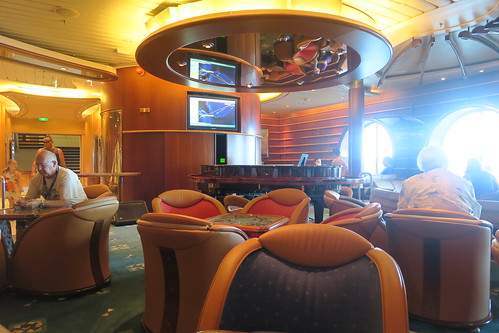 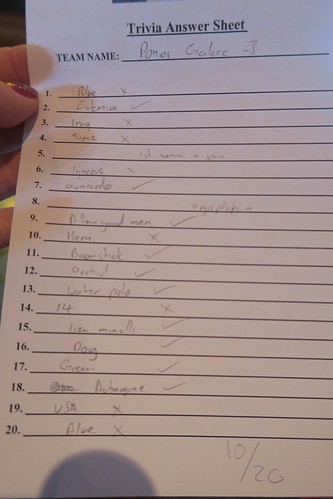 We didn’t do quite so well today but we enjoyed it anyway. We went back to our room and Nan, Pop & Christy showed up. We had a chat and then read/played games on phones, etc. 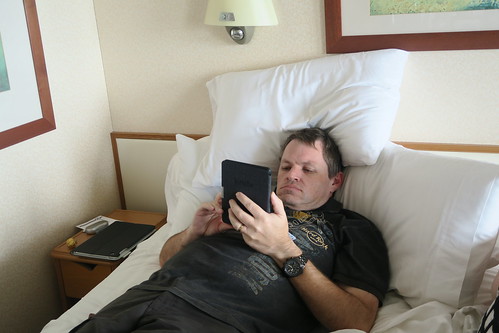 Then before we knew it, it was time for lunch. Kevin had been up earlier to reserve us a table. 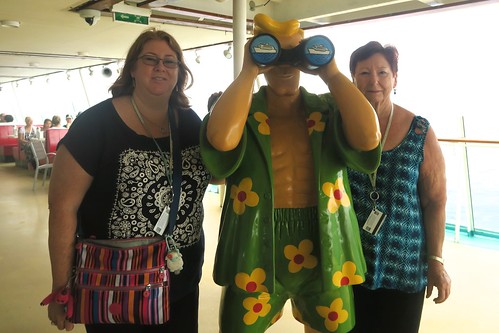 I miss this view from the back of the boat (on our last 2 cruises we’ve had rear facing balconies). 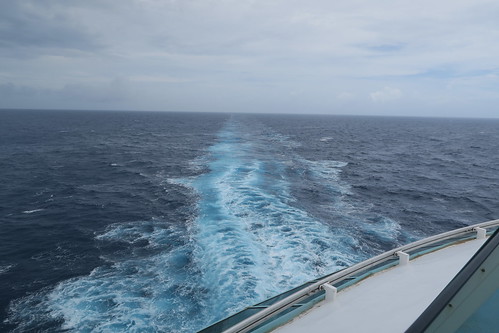 Todays choice was Johnny’s Rockets. After waiting another 10mins for an inside table we realised we wouldn’t all fit (6 of us) in a booth and it was suggested they could add some chairs at the end of the booth if we ate outside. Worked out really well (esp. after being squashed in the bus yesterday) and it was actually quieter than inside, though we probably didn’t get the whole 50s dining experience. 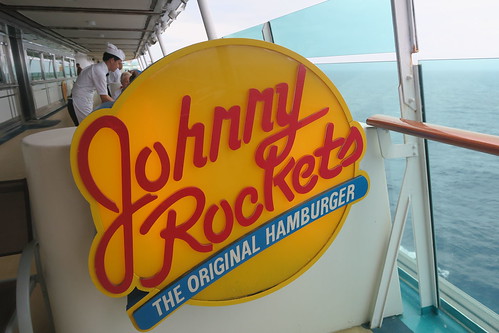 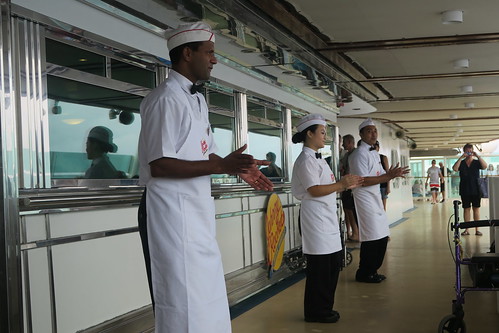 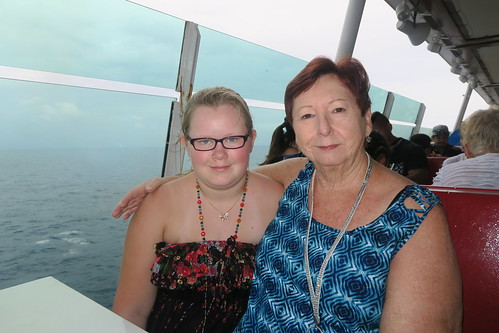 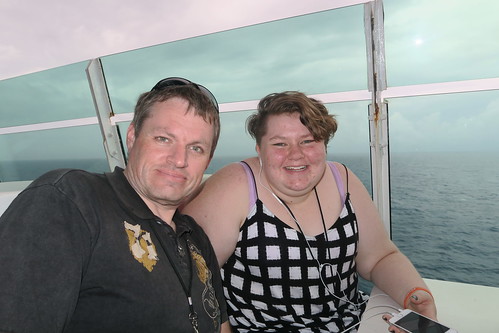 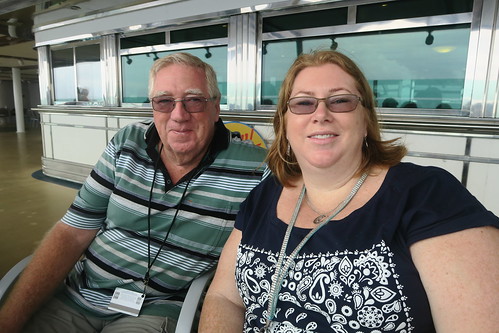 We were brought out fries and onion rings without even asking. 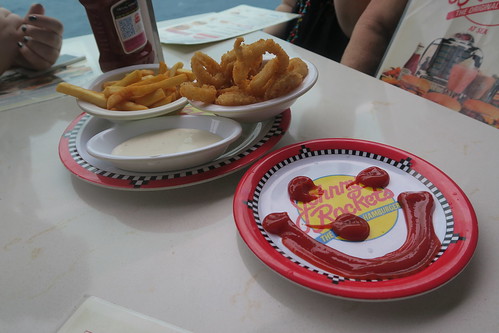 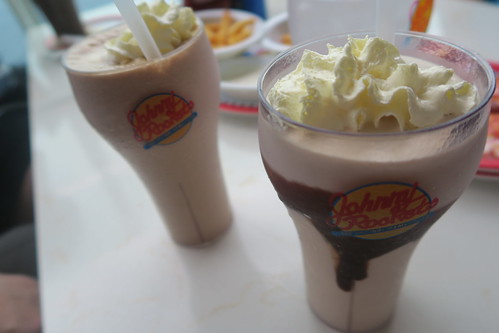 I had the veggie burger (of course) which was pretty good, but not anything outstanding. Made a change from salad though :-). I’ve actually been disappointed in the lack of vegetarian meals on offer in Windjammers. It’s really just been soup, salads and vegetables, which luckily enough I do enjoy. We all enjoyed lunch and thought it not bad for the $6.95 cover charge. 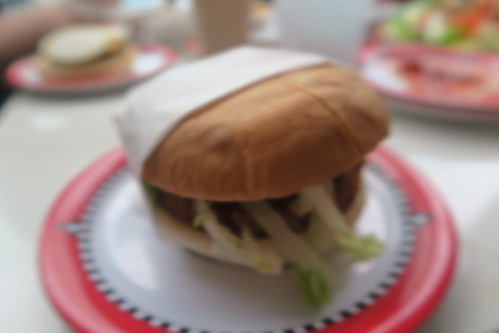 After lunch we went to check out our photos – and today were told we could view actual prints, not just the screens with copyright logos all over the photos. So much easier to evaluate the photos. We eliminated some and will go make our final choices tomorrow. Then it was quiet time. I played on my computer, Kevin slept and Christy eventually arrived and also slept. I believe Athena had a nap in their room. As you can tell sea days are very hard work :-). 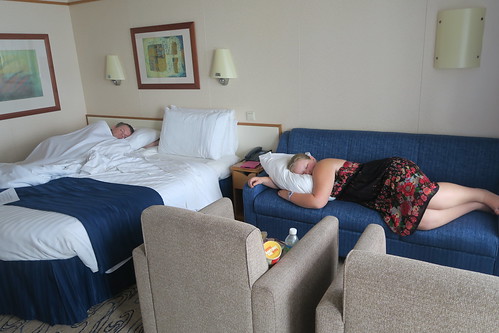 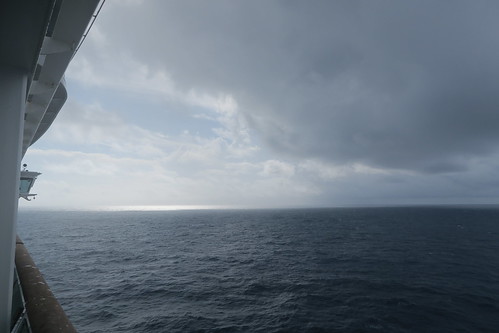 Before I knew it the hours had past and it was time to shower and get ready for tonights show. Unfortunately Kevin had drank the shake he got with lunch and was feeling really sick so didn’t join us.

The show was great. I always love the productions they put on. The singers on this cruise seem to be especially amazing (but I’m sure they all are). 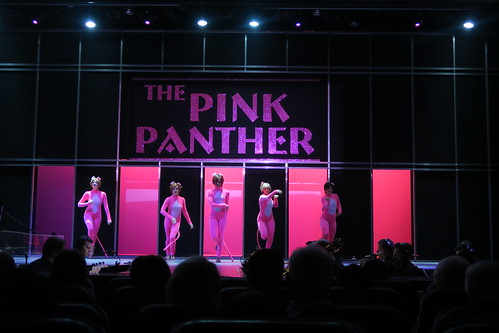 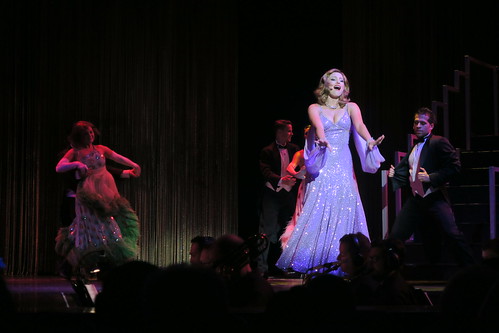 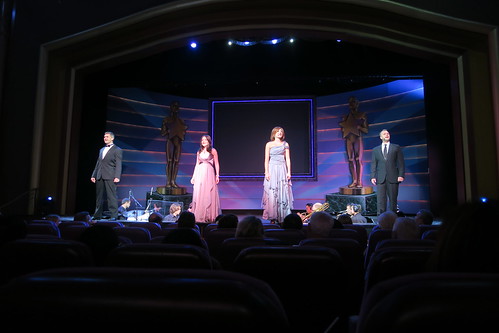 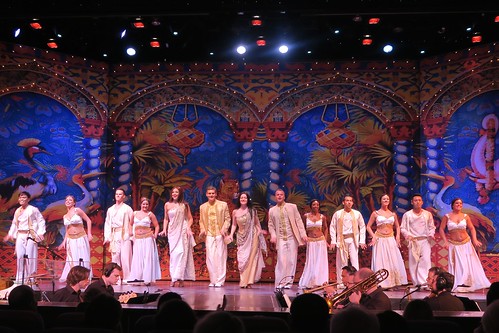 After the show we took a few photos… 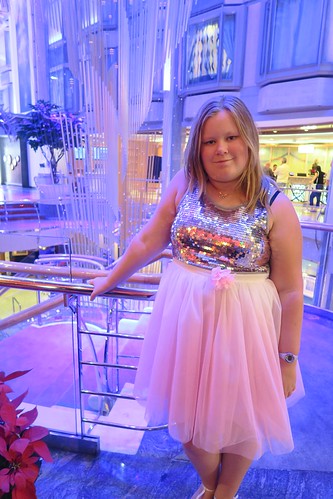 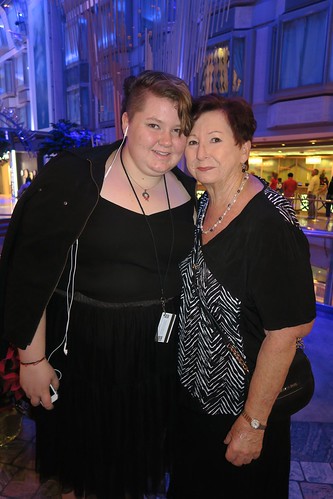 then found a place to sit in one of the bars. I ordered a pina colada but ended up with some peach drink, which was just a little too sweet. 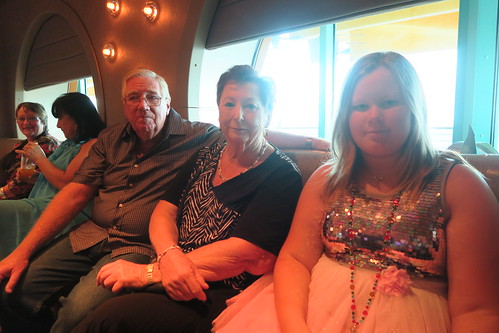 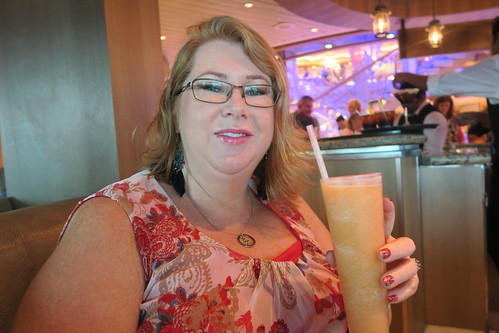 I was pleased to see Kevin when we arrived at the dining room. Tonight I had mozerella salad … 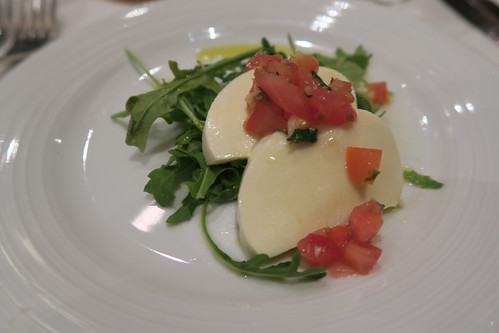 vegetarian paella (haven’t had paella in over 10 years because it always had prawns in it). It was delicious but I only managed to eat half)…. 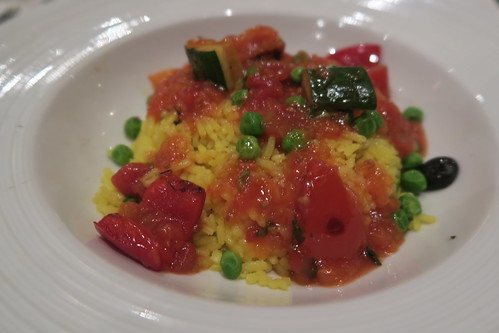 and the cheese plate….. 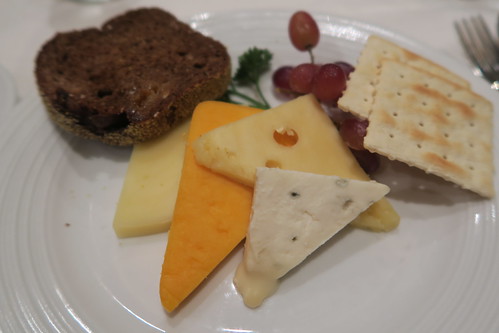 Back in our cabin, I read for a little while before going to sleep. Looking forward to getting one of those lost hours back tonight.