Having had such a good time at Supanova the last two years, we decided this year we’d attend both Sat & Sun. Athena & Christy also decided to make their own outfits for cosplay. Athena was inspired by Bill Cipher from Gravity Falls (Thea’s friend Harriet went as Mable Pines) and Christy was Princess Luna from My Little Pony. 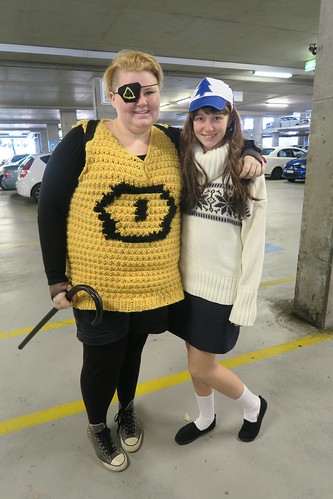 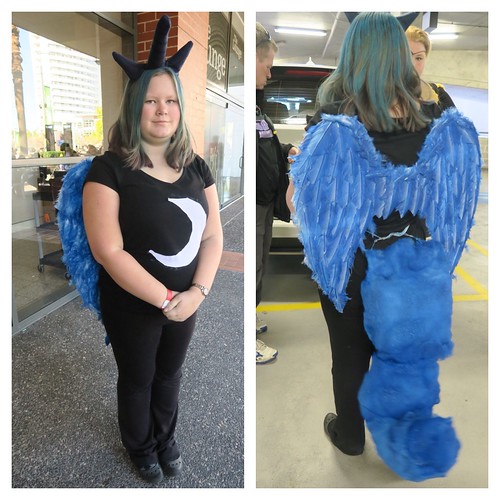 We arrived before opening on Saturday…. to a big crowd. But once the doors opened at 10am it wasn’t too long a wait to get in. 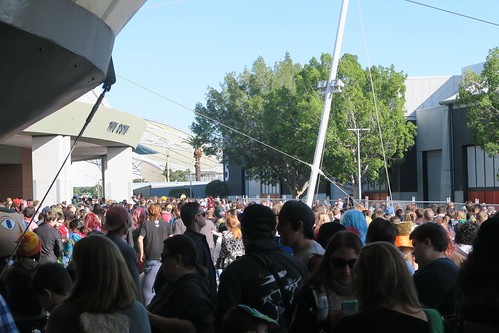 There were quite a few people people we wanted hear talk this weekend.. starting with Graham McTavish (from Outlander and The Hobbit). Loved him. He was such a great storyteller. 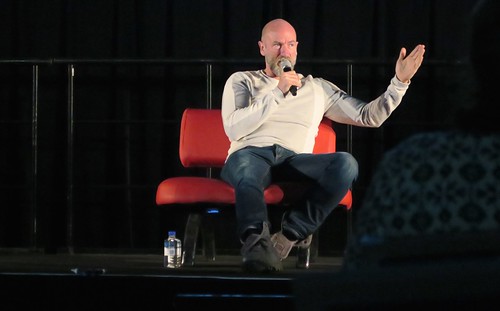 Athena and Harriet went off by themselves but also spent some time with us and Athena was so excited finding other cosplayers from their favourite shows. 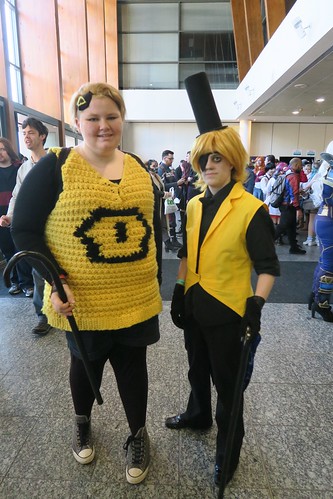 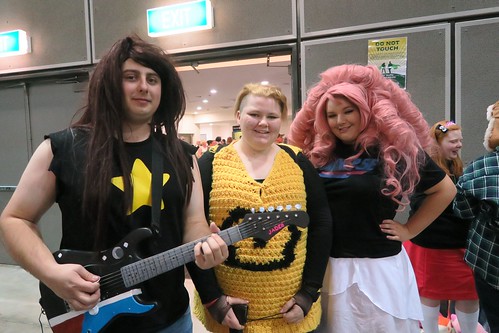 And this guy from Mad Max. 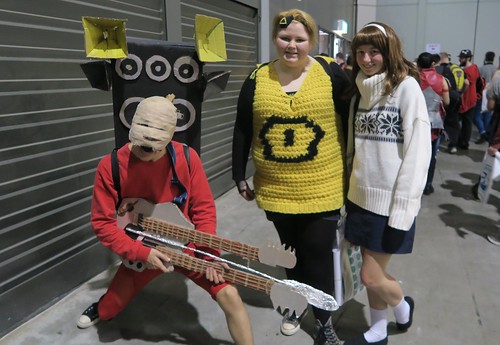 After we had some pizza for lunch and checked out some more stands Kevin & I ended up going to talk by two guys from the Power Rangers. Not huge fans of the shows, we still really enjoyed this. And were quite shocked to find they had been payed so little they couldn’t even afford to by a car and hence left the show (which was making millions). 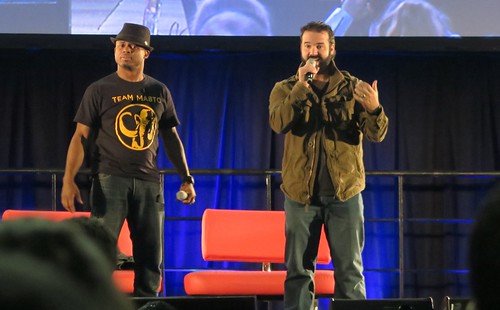 While waiting (yep, the weekend involved quite a bit of this) we enjoyed chips on stick. 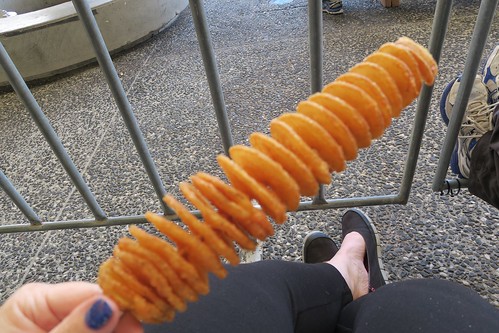 Christy found another pony. We later found out she actually made this costume – wow!! 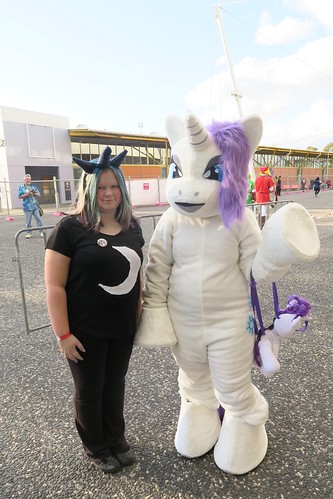 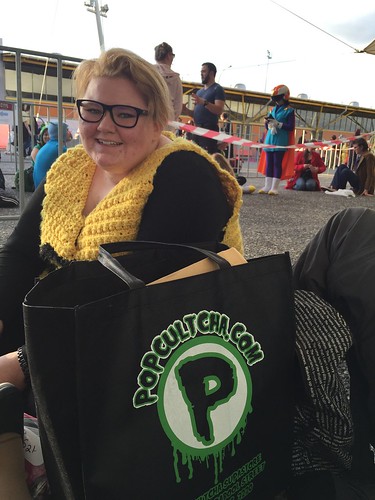 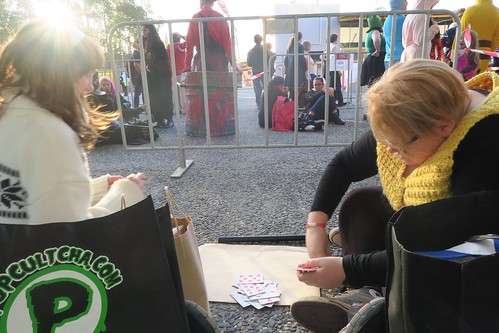 Time for the cosplay competition. I don’t know who won because we left before the judging. 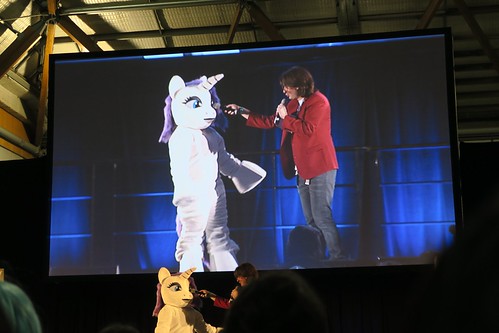 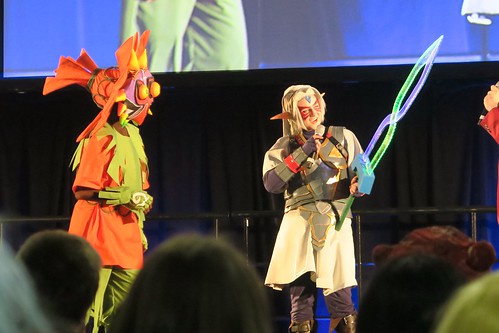 A few more photo ops. Christy had been so thrilled earlier when someone had requested her photo. 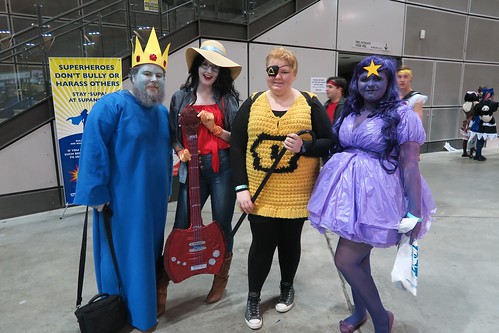 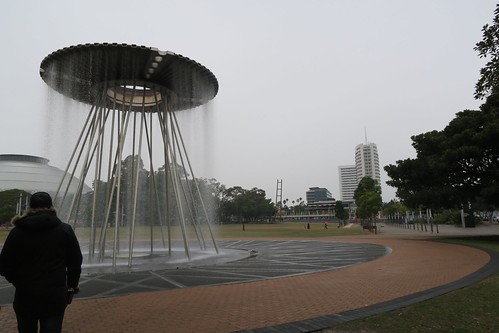 Back again for round two on Sunday. We decided to arrive just after opening – which worked well and we avoided the line and just walked right in. But it seemed a little quieter today anyway. 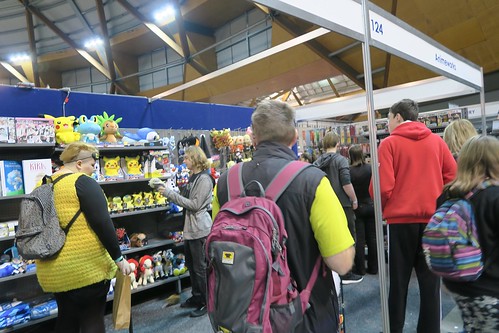 We went straight away to line up for Jason Isaacs (Lucius Malfoy) and Bonny Wright (Ginny Weasley) from Harry Potter. We waited almost an hour but at least it meant we got to be right up near the front on this huge crowd. 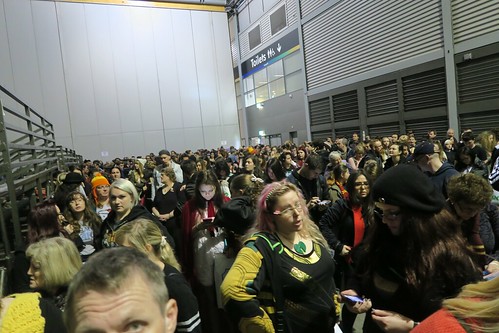 Another great session but Jason really stole the show. 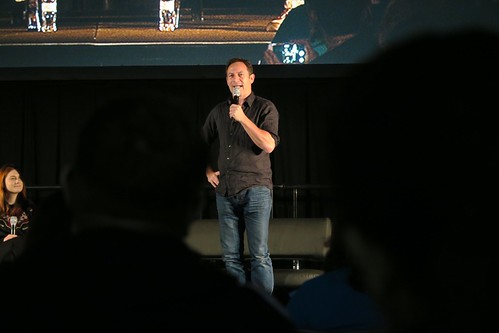 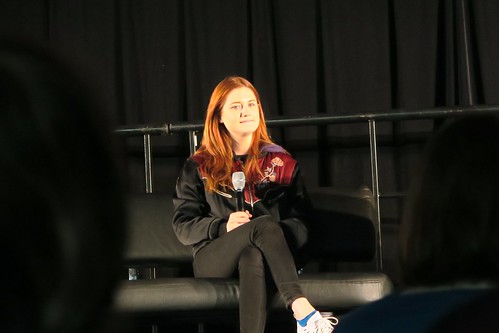 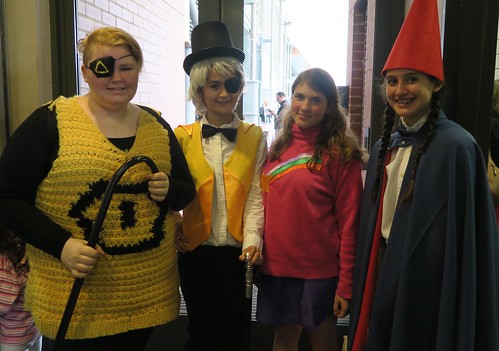 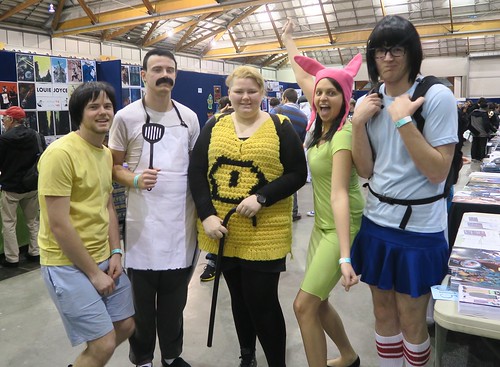 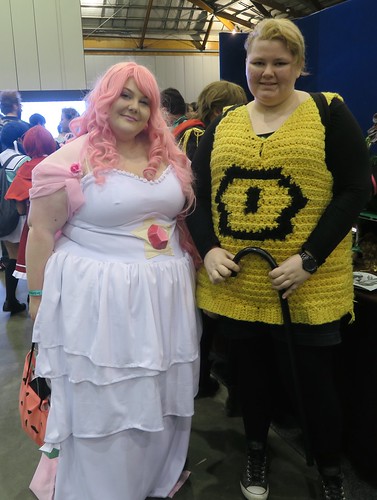 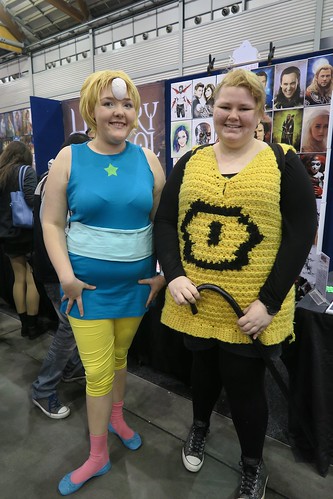 There weren’t many food choices so it was pizza again for lunch (though we had to wait about 10mins for another delivery). Then it was off to the Brady Bunch Panel. With 3 guests I think this should have been longer, but it was fun anyway. 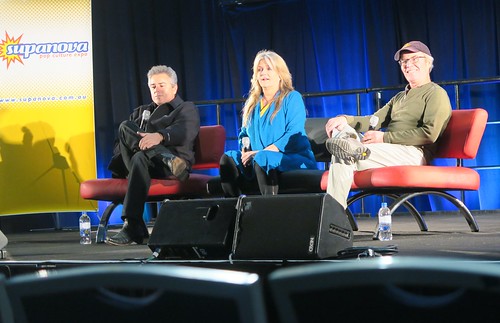 Athena & Christy wanted to try out the game Magic. Looks a bit too complicated for me. 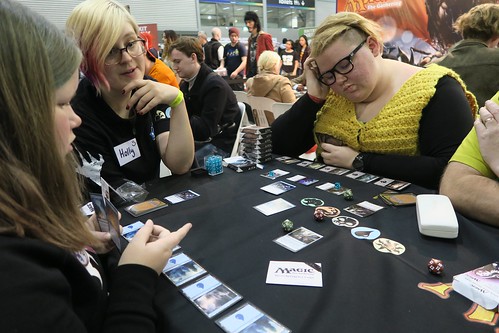 Christy had been to the same shop about 6 times trying to get a Discord (from My Little Pony) and tried one last time before we walked out the door. She was SO HAPPY they had finally put them on the shelves. 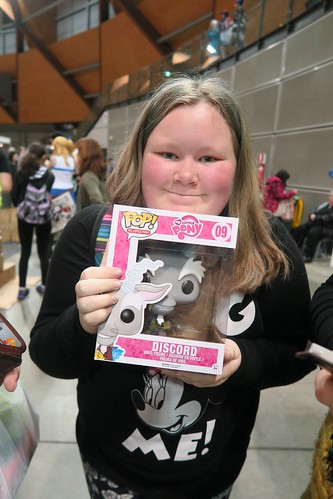 After two fun filled days it was time to say goodbye to Supanova for another year. We will be back, and maybe for the whole three days next year…. 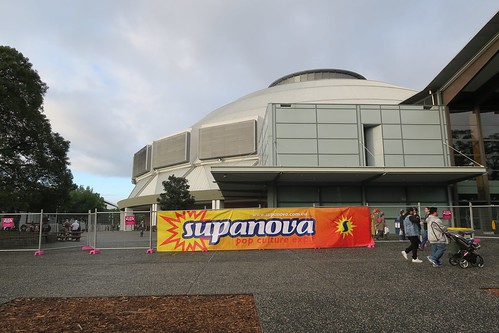