This morning we were up and had breakfast before our arrival in St. Thomas at 11am. We sat out on the deck and enjoyed tea/coffee coming into the port. 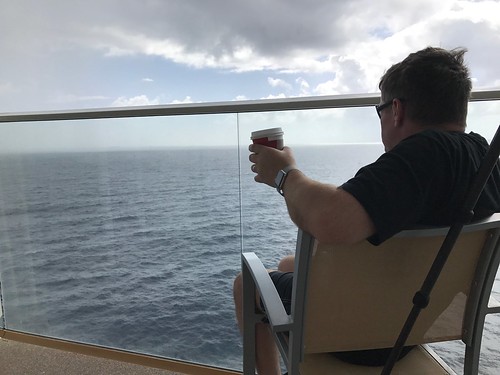 St. Thomas is one of my fav. places so I was very happy to be back. 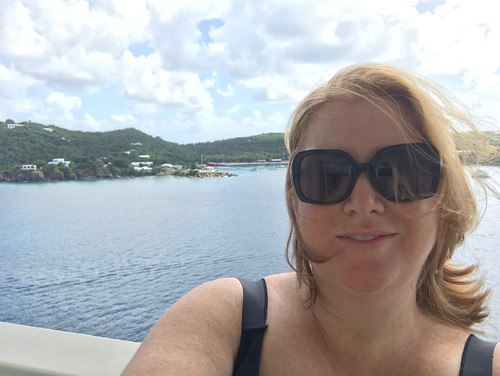 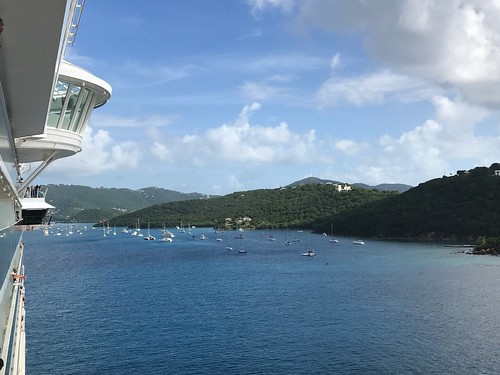 When we were cleared to leave the boat we had to hunt down a “taxi” which we did, then had to wait while the driver filled up the mini van before we were on our way. The drivers here are quite mad and road rules don’t seem to apply. Finally we arrived at the American Yacht Harbour and met with Captain Wilson and his boat Deju Blue. We were quite late which I felt rather bad about. 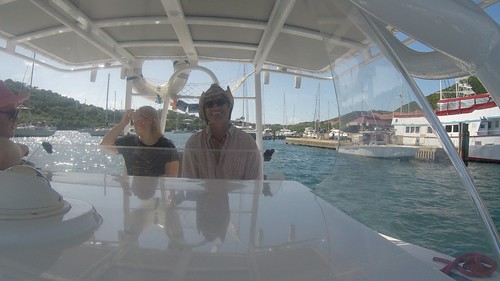 The boat takes 6 people but since it was only the 4 of us we had lots of room.

We all love being on the water so it was such a fun day – with Caribbean music playing and the salt air in our hair. 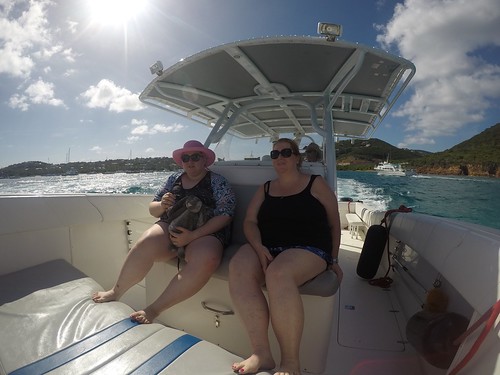 Our first stop was to get lunch (which had been ordered via phone) from the pizza boat – yep, you read that right. 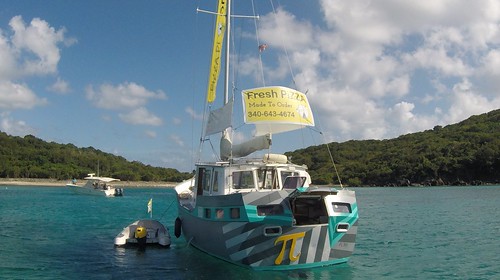 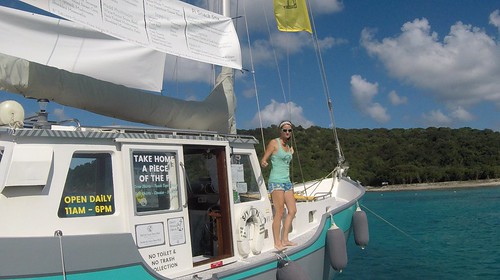 The pizza was huge – lucky we only got one to share – but was really delicious. 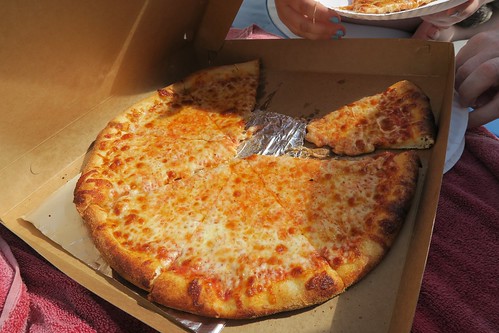 Then it was on to our first snorkel stop. 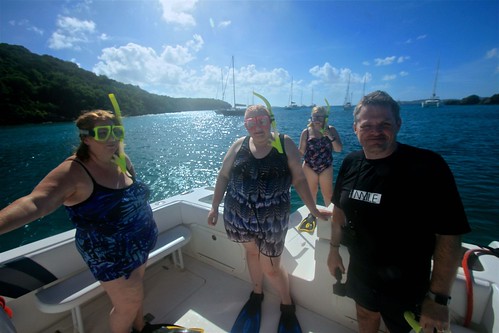 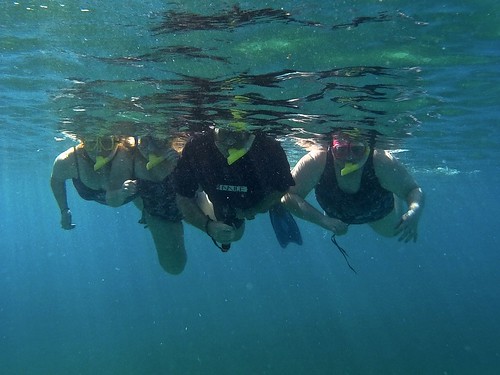 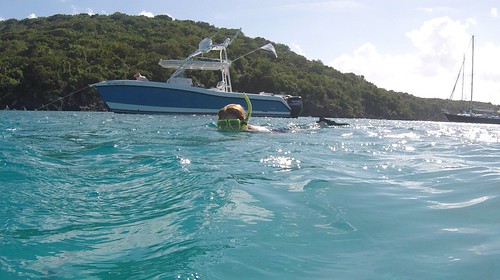 The water was SO clear and such a lovely temperature. And there were so many fish of all sizes and colour (I’m sure we have more photos of them but I haven’t downloaded them yet). 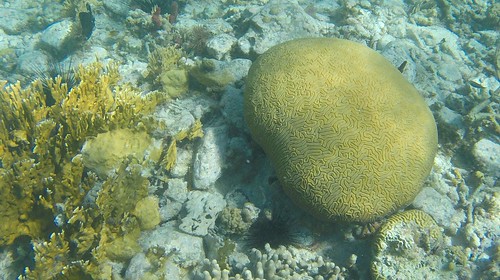 These baby yellow fish hadn’t yet left their hatching area. 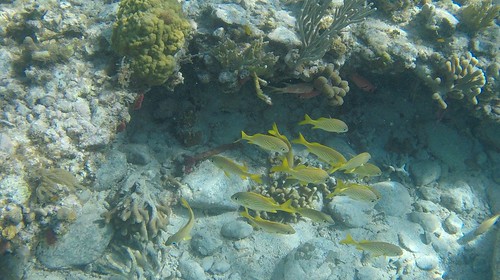 Below is a Christmas tree worm (good to snorkel with a scuba diver (ie Kevin) who knows what so many things are). 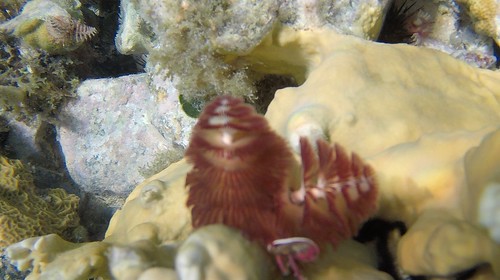 Kevin went up on top of the boat (there are two seats) to get this photo. 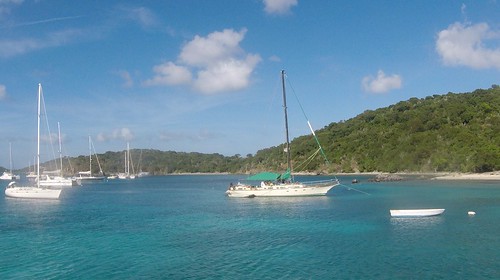 Onto our second stop. 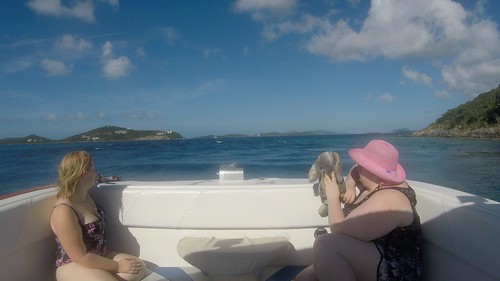 Which was more challenging with choppier water (Captain Wilson checked we were up for it). 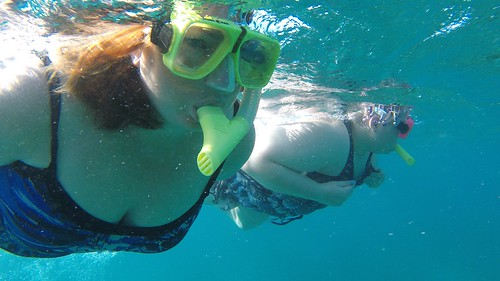 Again so many fish and stunning corals. Again better photos were taken. 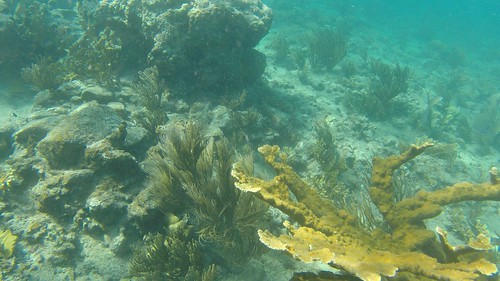 Then our last stop (at the island of St John) was to see some green sea turtles. 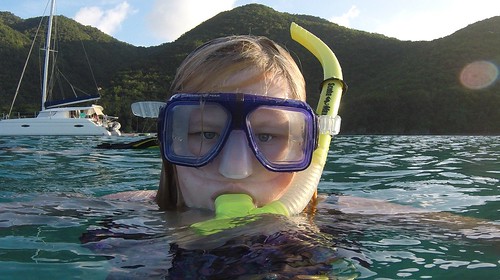 Luckily Captain Wilson spotted one for us right away and we were able to follow “George”, as we named him, around (with his two friends) as he fed and then came up for air. 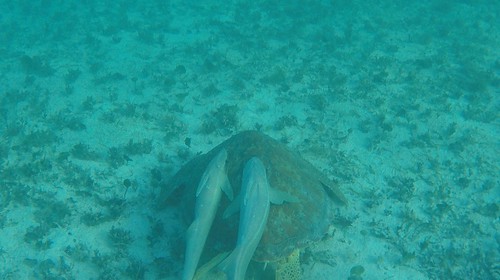 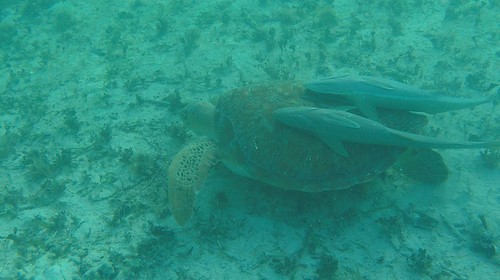 This day was definitely one of the highlights of both the cruise and the trip overall and it’s one we’ll remember forever. It was the best snorkeling I can ever recall doing and in one of the most beautiful places in the world. I’d love to come here one day and spend a whole week exploring. 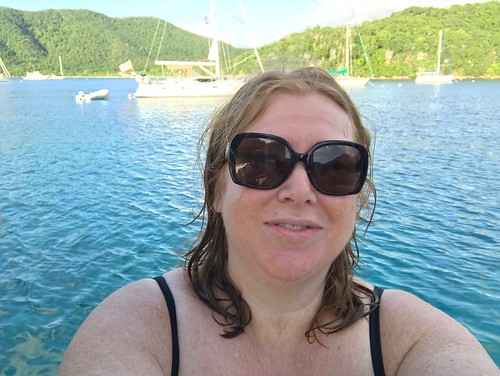 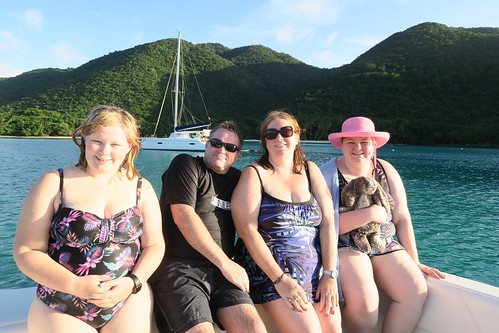 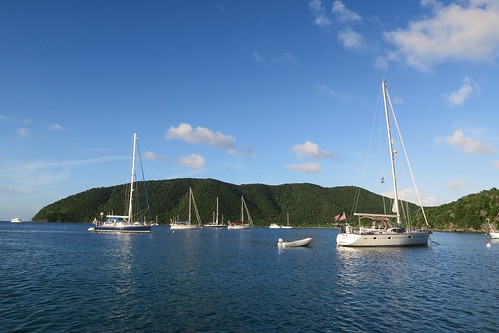 The sun was starting to set as we finished our 4 hour trip and headed back to the marina. 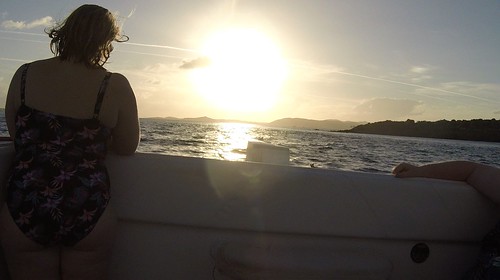 The awesome Captain Wilson had also organised for a taxi to come and pick us up and take us back the ship. 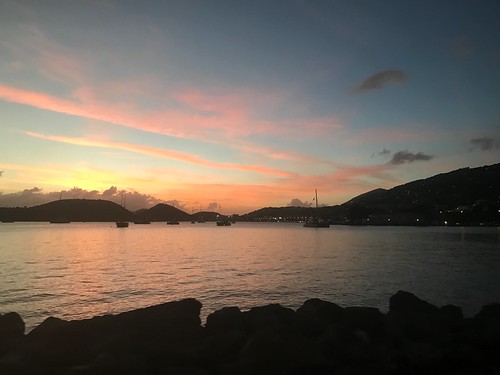 It was so strange arriving back at night. We had a quick look at the stalls and Christy bought a dress she had been eyeing in the morning. 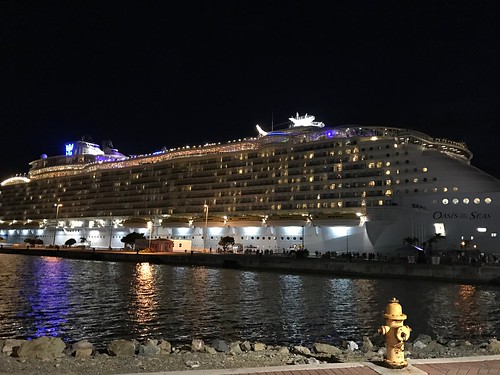 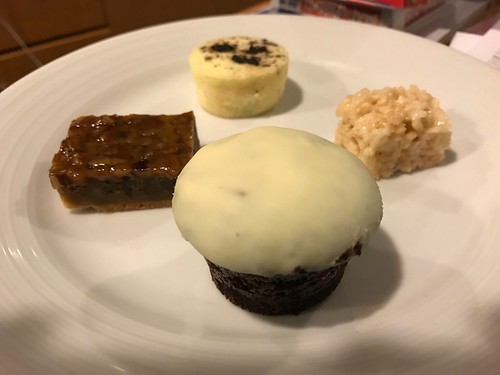 We were too late arriving back to have dinner in the dining room so instead we showered and changed and went to Sabers (Mexican). Unfortunately there were very little vegetarian options so we left and went to Windjammers. 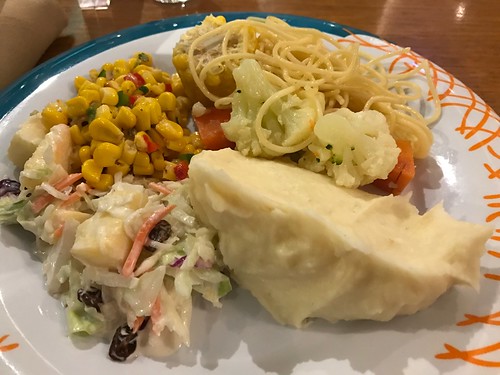 After dinner we went to watch the diving show and had gotten seats on one of the less known decks. Unfortunately though it was cancelled due to it being a little rocky (not that we had noticed).

So it was back to our cabin for another early night. Not that I minded terribly :-).