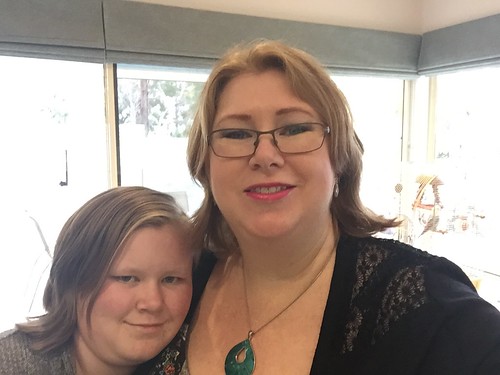 I had been lucky enough to get a ticket to see Robbie Williams as a birthday present from my Mum. By myself, which I don’t mind doing (though it is always better with a friend). 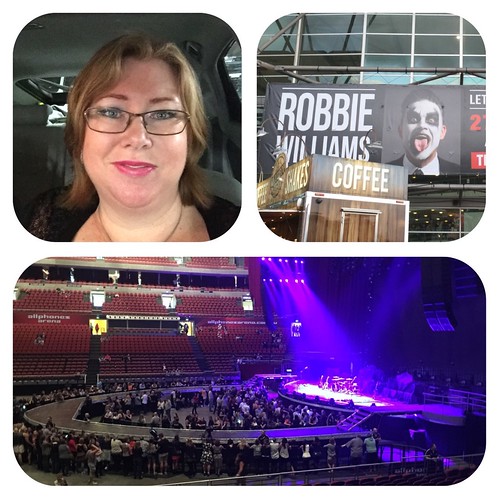 I had only just discovered Lawson about a month ago (via a Youtube interview) and was THRILLED when I found that had just arrived in Perth as the support act for Robbie Williams. To be honest as just as excited to see them perform, as I was to see Robbie. And they did not dissapoint. I sang along and took plenty of video and photos. And felt so sorry for all the people not yet inside to listen to them. 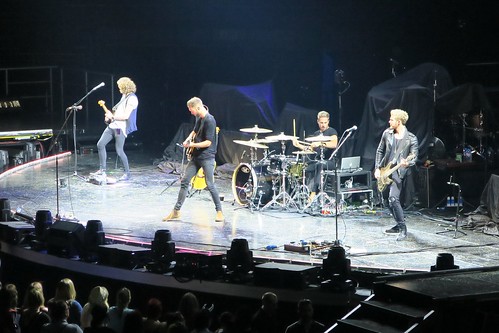 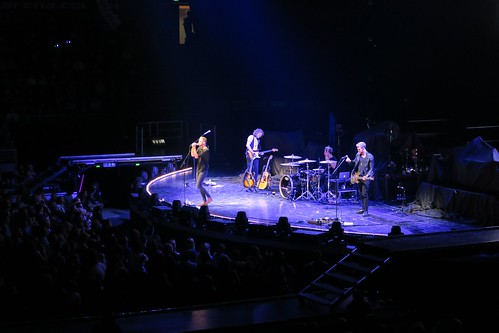 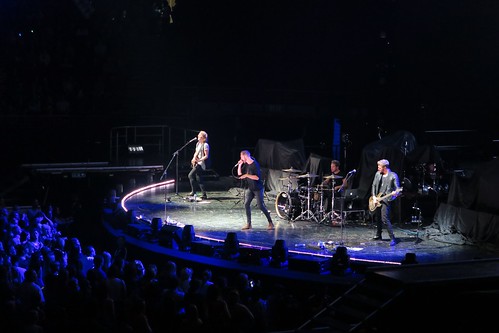 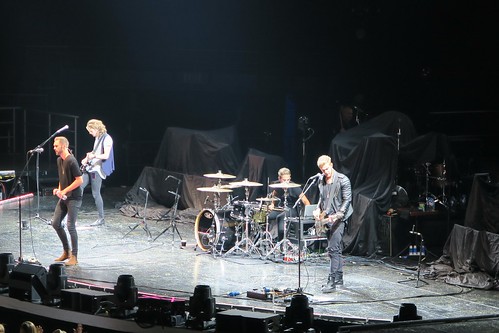 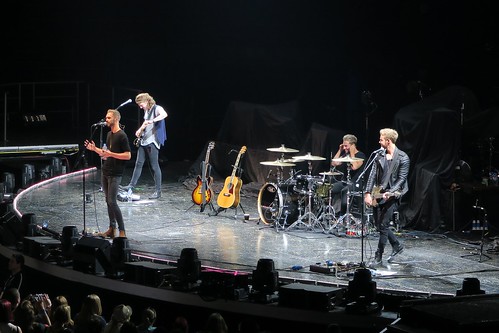 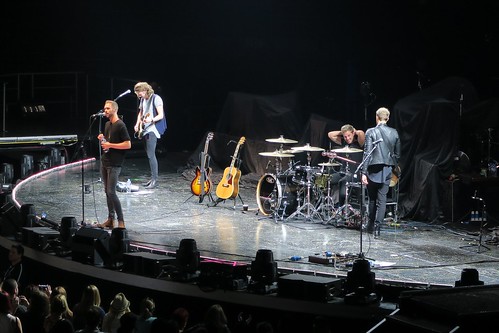 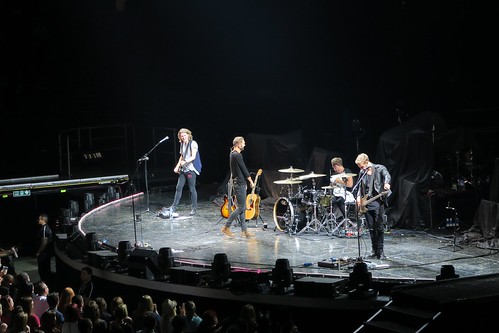 Then they announced you get their CD signed. Of course, I had buy one, even though I already had all their music. I got to chat with Andy (lead singer) who was surprised I already knew who they were before this concert. It was such a step out of my comfort zone to do this but the guys were so nice and friendly (in the few brief minutes I got to chat with them while they signed my CD. 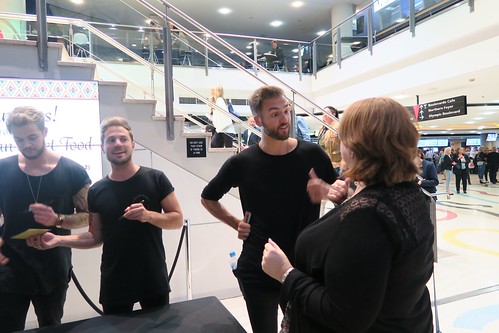 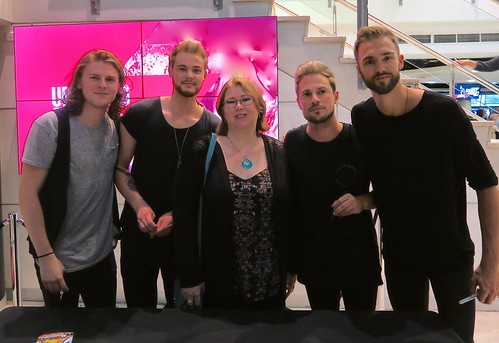 As I was leaving I was telling Andy that I had been just as excited to see them perform as I was Robbie and he told me “don’t tell Robbie” :-).

I was on such a high after meeting them, but the night just kept on getting better. And Robbie was truly an awesome performer. Last time I’d seen him (about 10 years ago) we were SOOOO far from the stage. 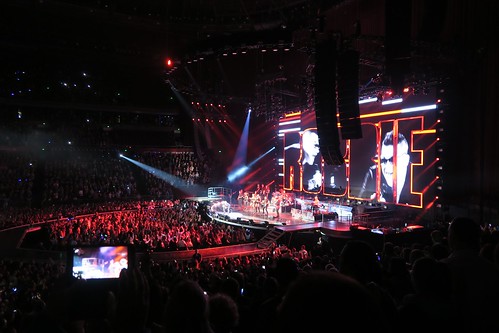 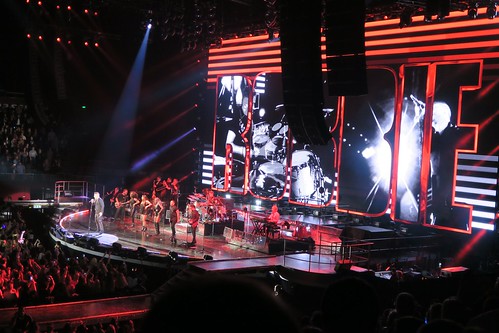 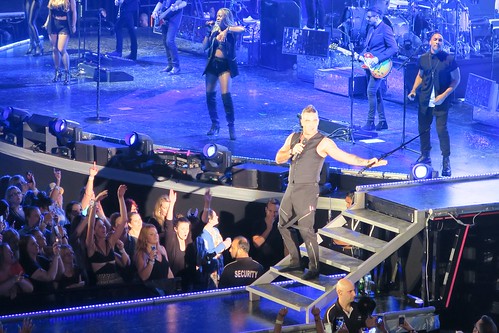 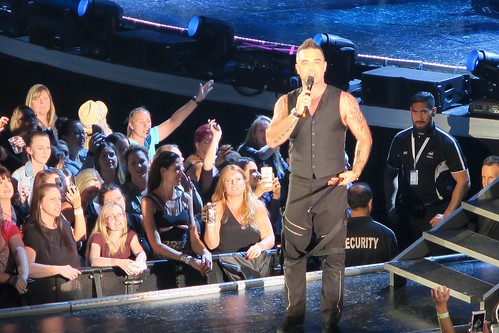 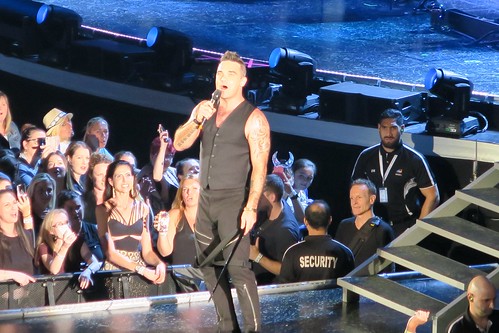 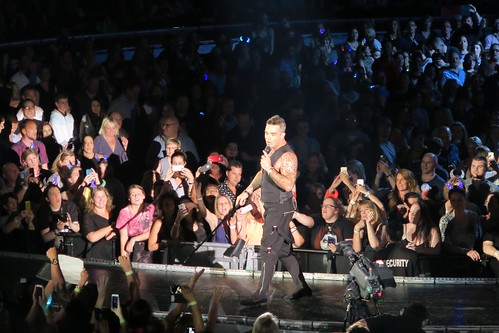 He had Lawson back on stage to perform a few songs with him. And I loved how much support he gave to the band (here and on social media). 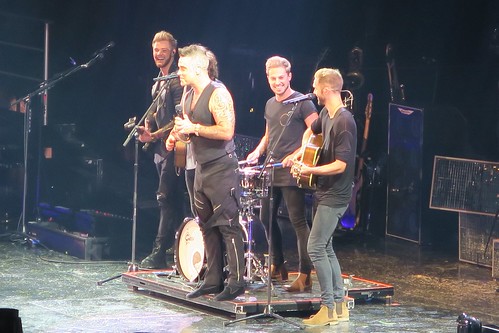 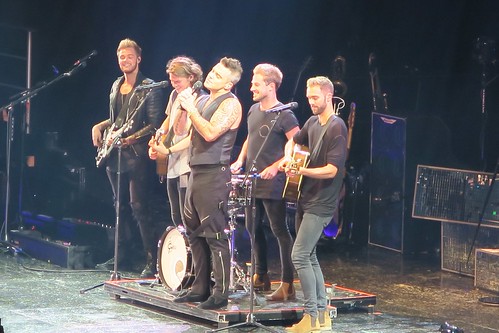 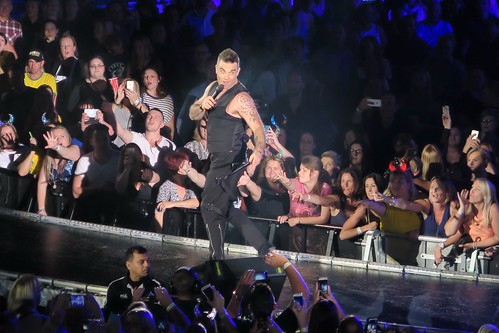 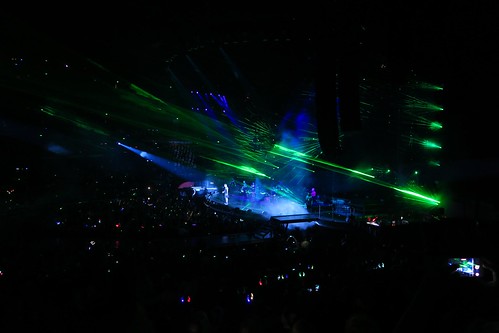 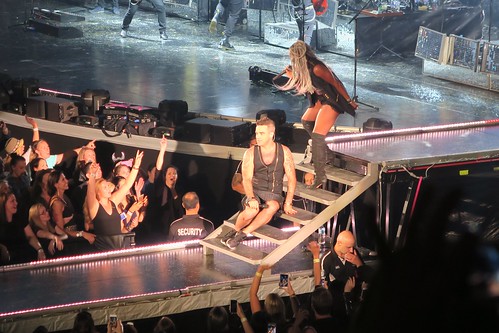 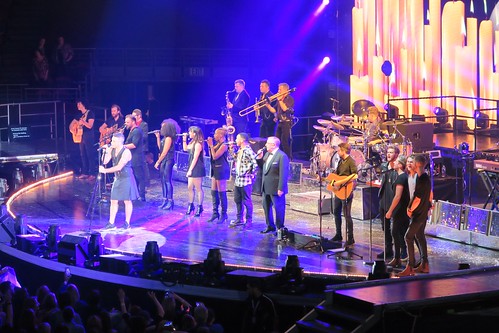 It was such a wonderful and special night. I slipped out during the last song and beat the rush back to and out of the carpark :-).