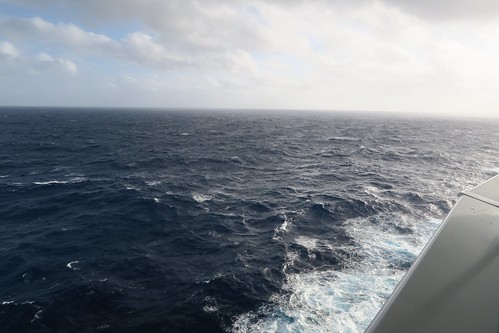 Another not so great nights sleep for both Kevin and myself and we woke to the roughest seas we’ve ever had in the Caribbean. It wasn’t rough at all but there were some white caps on the waves. 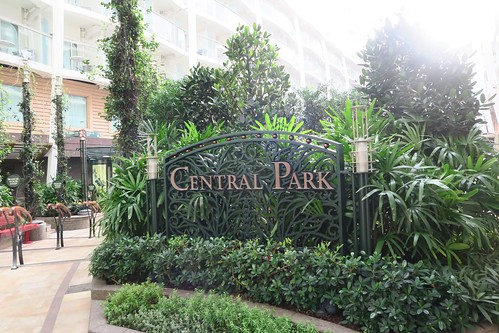 to the Park Cafe… 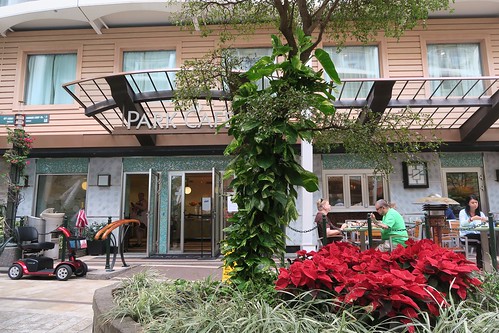 so Athena and I could get bagels again. Kevin had yoghurt (which he didn’t really enjoy) and Christy was still asleep. 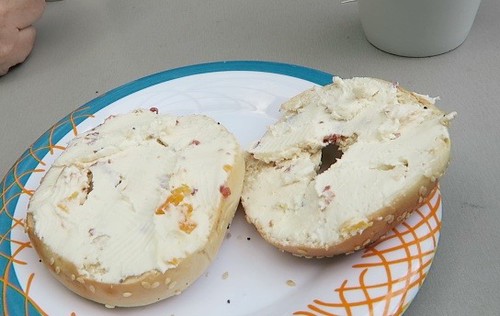 As you can it was a cloudy day which meant all the sun lounges hadn’t been reserved since early morning. 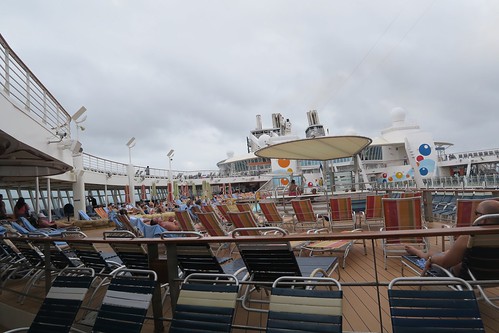 After breakfast we went back to the cabin for a bit before heading to the Solarium (Athena stayed behind to have a nap) for a swim and spa. It was much emptier today because the sun was not out. 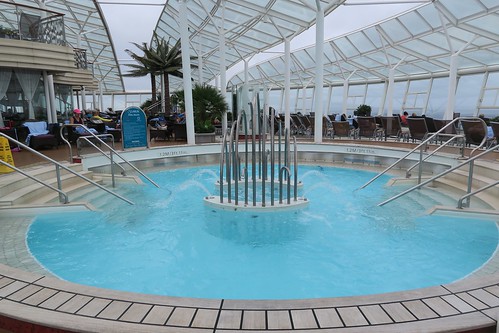 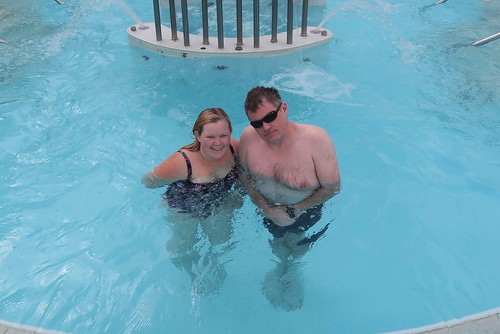 After our swim, I had a shower and got dressed. Then it was off to lunch at the American Icon Grill. 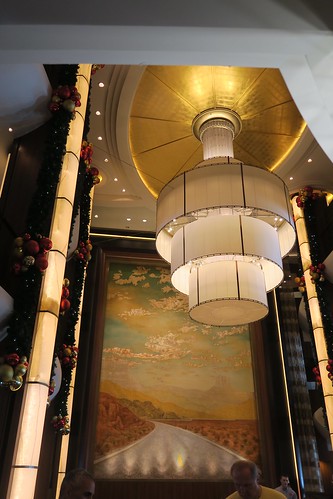 I just got food from the buffet today. 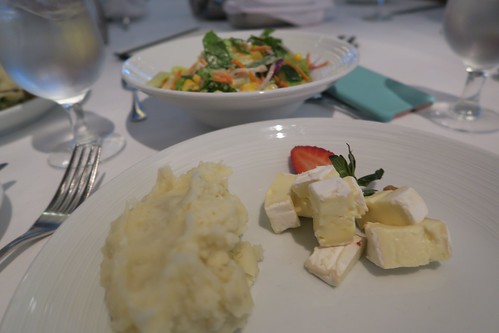 We then checked out the new gingerbread house display on the way to the theatre. But I’d gotten the times mixed up so Kevin had time to go to guest services to get our departure time changed (we had been given 10.30 but really wanted to be off by 8am). Luckily there was no problem with this. 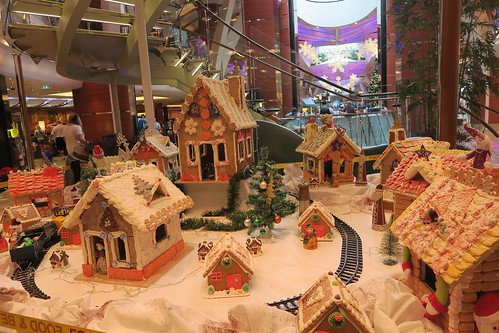 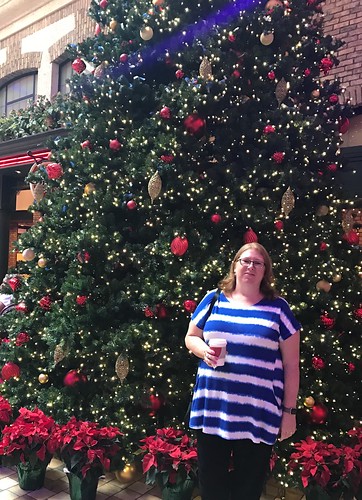 We then headed back to the theatre to see the full broadway production of Cats. Kevin and Christy were very excited, but I didn’t remember liking it that much when I saw it over 20 years ago. 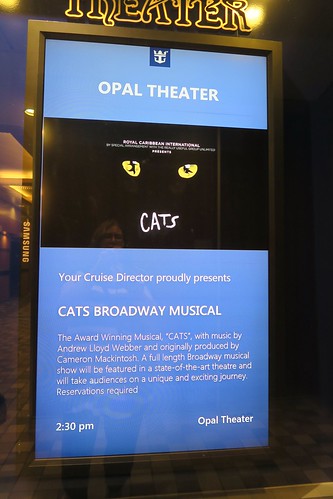 Unfortunately it was as I remembered and Athena and I ended up leaving before the first half was over. I’d never normally leave a show at that time but being our last cruise day I had things I’d rather be doing with that time. The cast was brilliant but the show really lacked a storyline and I spent most of the time trying to work out what was going on. Kevin and Christy both agreed that the 2nd half was much better. 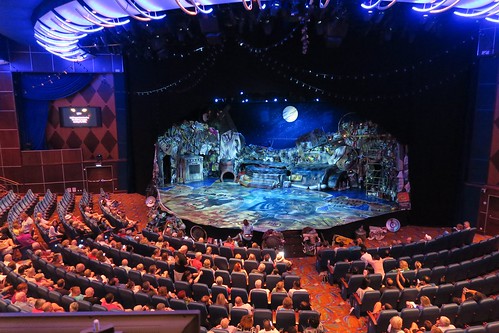 I sat outside for a bit enjoying the sound of the ocean and working on a blog post, then I started the fun job of packing. 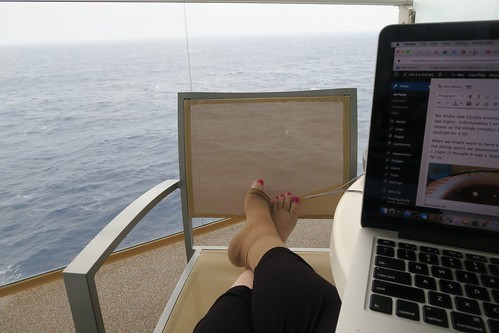 We decided to go to Izumi’s tonight for dinner as we’ve enjoyed it on our other cruises. 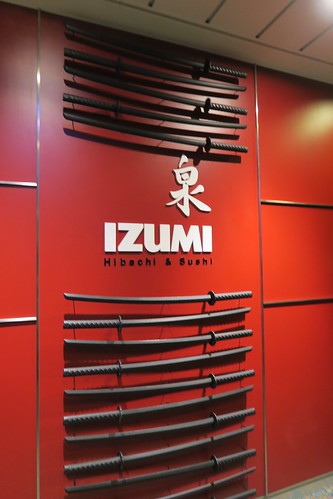 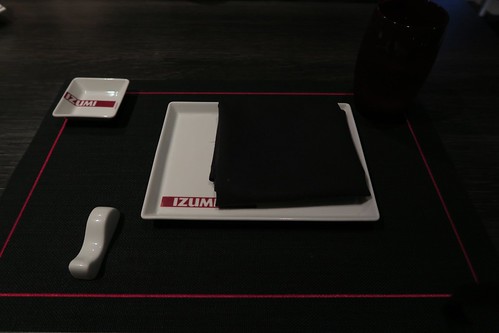 We shared some edamame… 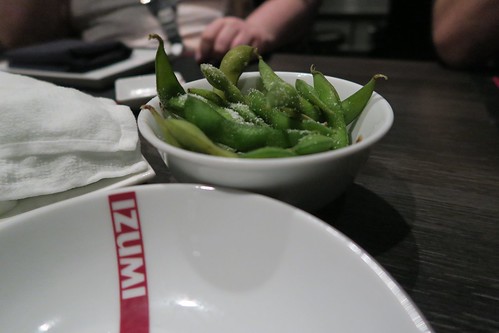 then I had my usual salad… 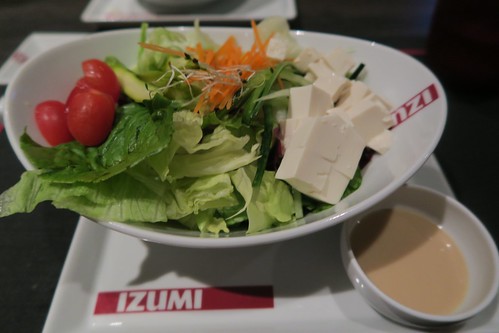 Kevin had some type of sushi and Athena had noodle soup. 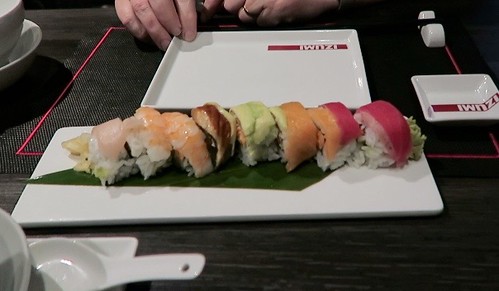 After dinner we went to the photo place to get our on-board photo (the only one we purchased), then picked up some pizza from Sorentos, since I was still a little hungry. It was really good too – probably good I only discovered it on the last day. I just had cheese but you could also pick your own toppings and they would cook it for you.

Back at the room it was final packing time before placing our bags outside. 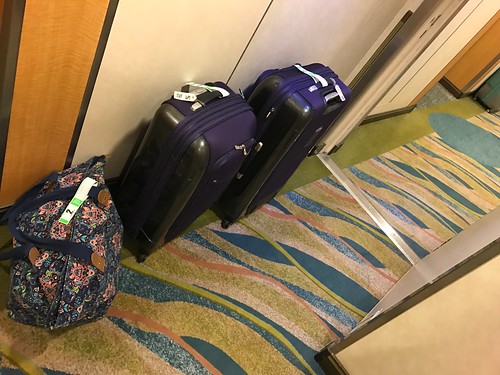 Then off to a hopefully good nights sleep.