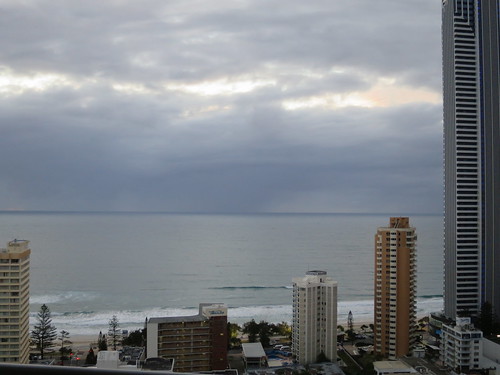 More rain on and off this morning. But I very much enjoyed my view while I worked on editing the vlog for yesterday. 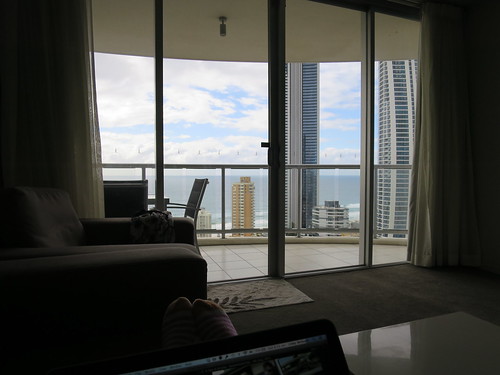 Around 9am I decided to watch some of the cycling, but I was rather disappointed to get the last few minutes of the race instead of the last hour and half. Seems the TV guide was incorrect yet again. 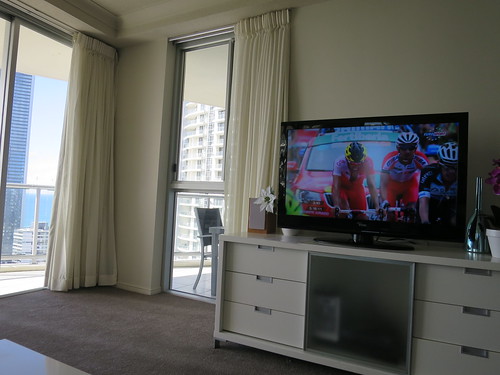 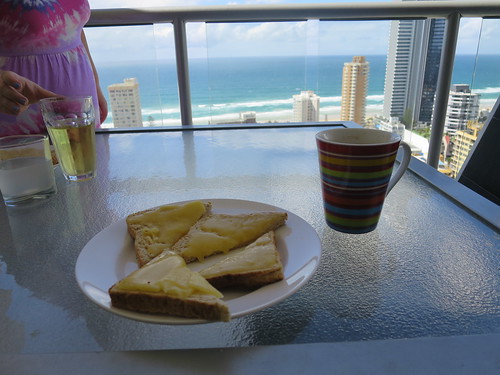 Around 11.30am we were finally ready to head out…to Officeworks. Kevin needed something for our internet connection and Christy wanted some stuff as she’d left her pencil case at home. 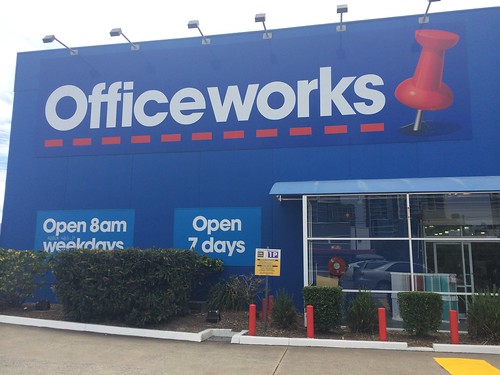 I thought she was getting a basket and had to laugh when she got the little kids trolley. 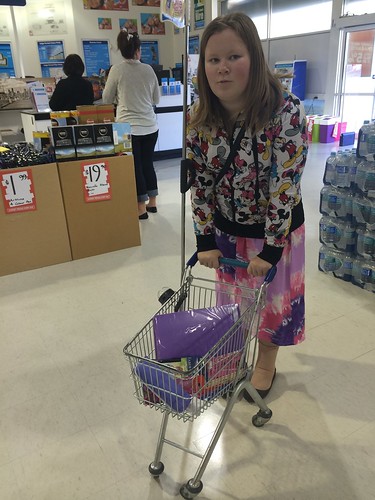 On the way back into Surfers we detoured out to the Spit to have a little look at the area. 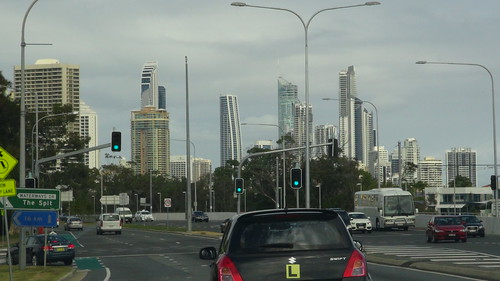 There were a few people out for Fathers Day, but not too many due to the cool, windy weather. 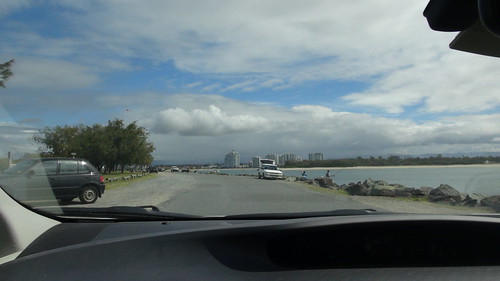 We returned “home”, parked our car and headed out on foot. 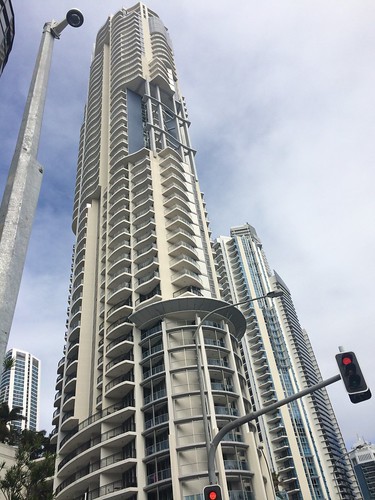 Christy had to stop for a cuddle with her beloved Bakers Delight (which is not currently open). 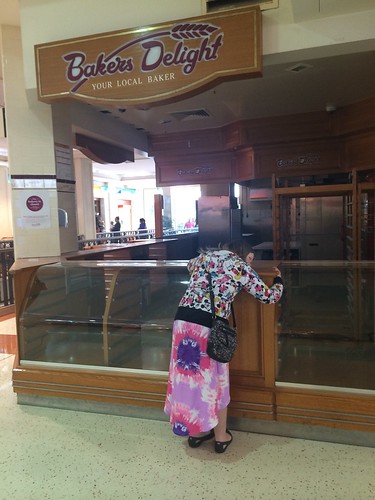 We headed into the main shopping area and quickly found ourselves in a lollie shop. 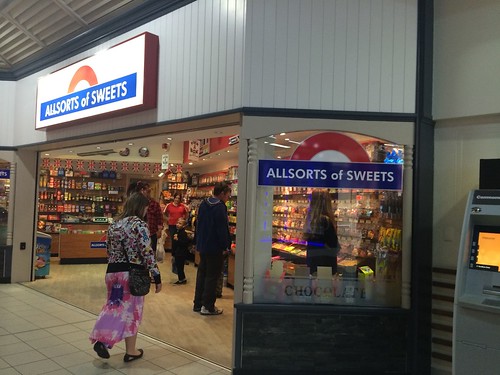 Of course, we had to buy some of our favourite British treats. 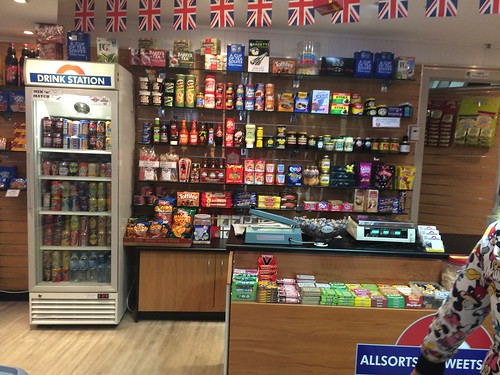 And Christy made a new friend. 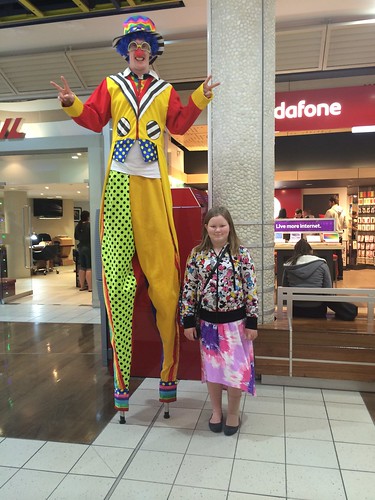 She was keen to see the beach where many scenes from H20 Just Add Water (her favourite TV show) had been filmed. 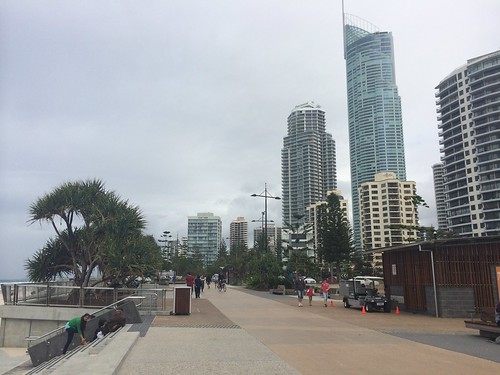 Not what you normally expect for Surfers Paradise. Where are those blue skies?? 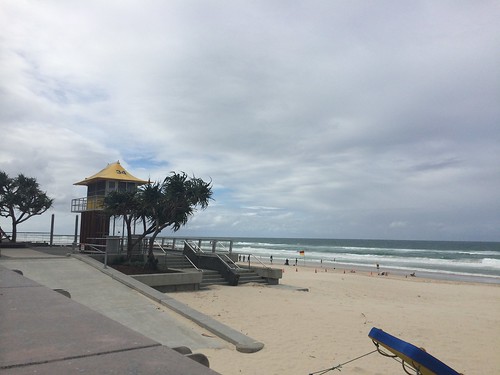 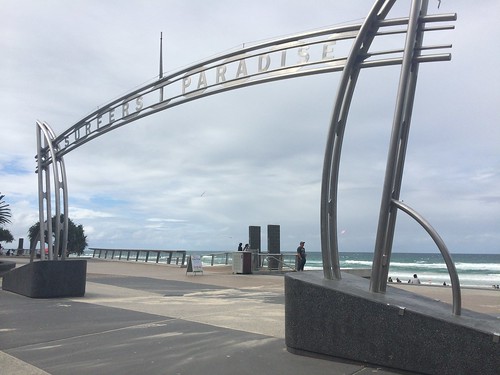 Christy’s foot was starting to get sore and we were all getting a little hungry. We finally found somewhere with a decent vegetarian choice. Quite fitting too as Kevin had been keen to eat at one of the many Irish Pubs here, and it was Father’s Day. 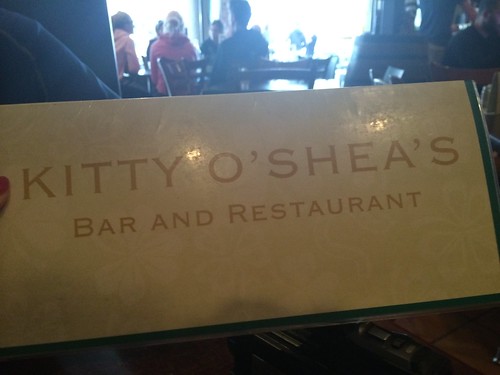 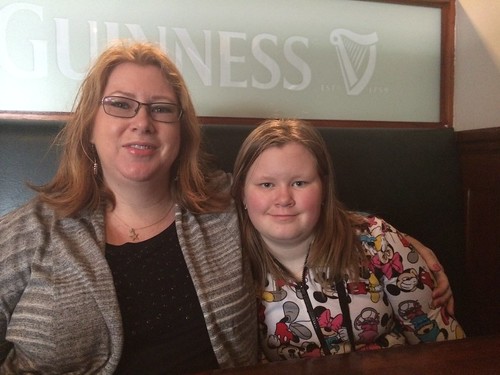 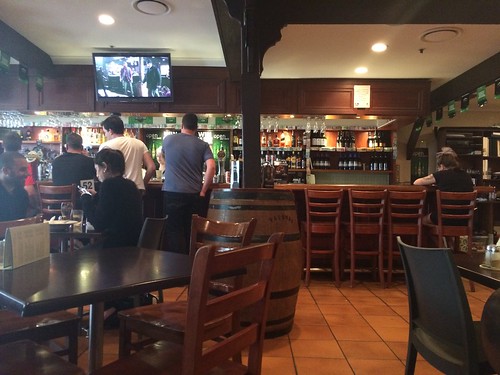 The food was really good. Just far too much of it. I had a sweet potato & chickpea patty on Turkish Bread. 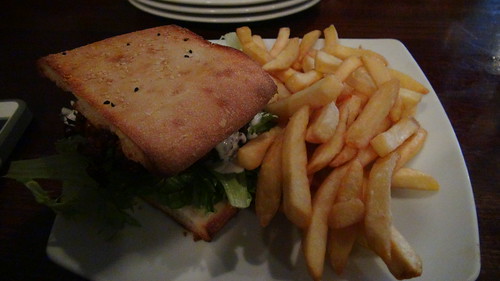 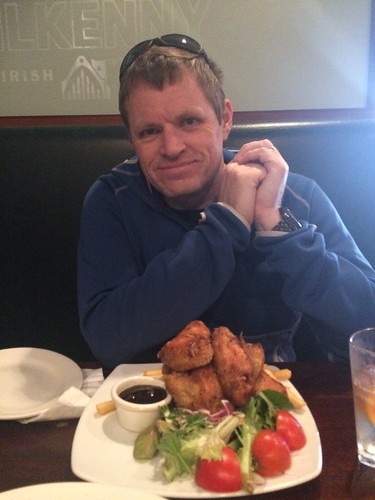 After lunch Christy and Kevin went to Infinity (Christy really wanted to go today so made it Kevin’s Father’s Day present). I’ve done it once but didn’t like it. Too many dark rooms for me. 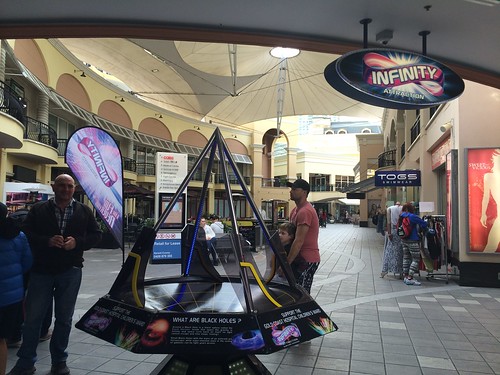 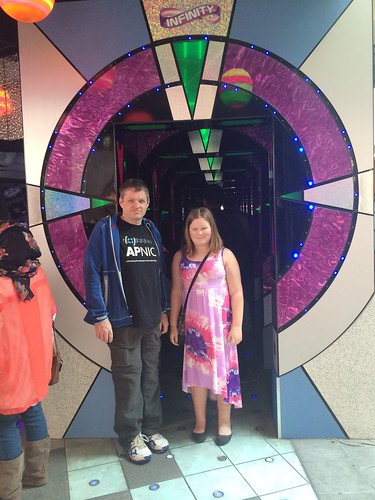 While they were there I went and got our groceries from Coles. They joined me towards the end and together we managed to get all the bags back to our room. 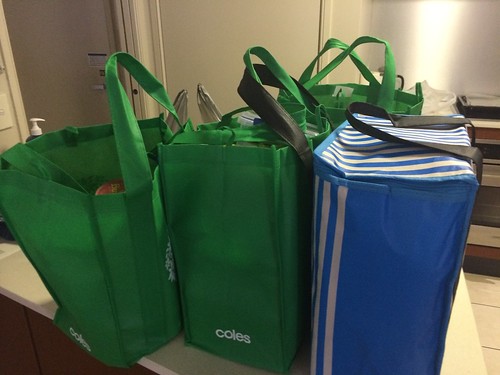 By now my feet were incredibly sore so it was good to put them up for a bit, while watching some more rain clouds role in. 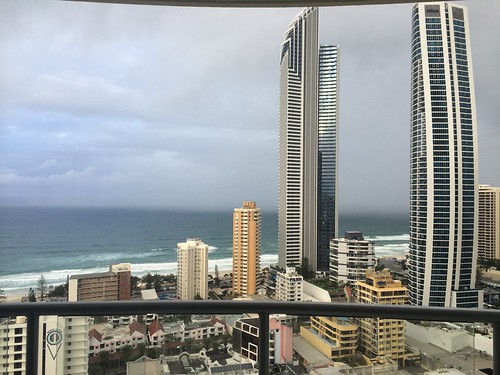 Christy went to have a swim & spa in the indoor pool. We enjoyed leftovers for dinner, while watching Got to Dance. We then watched a special on 9/11 – even though it is Christy’s actual birth date, this is the first time she saw what actually occurred. We attempted to watch another show after this but first Christy fell asleep, then I fell asleep, so it was bedtime for all.